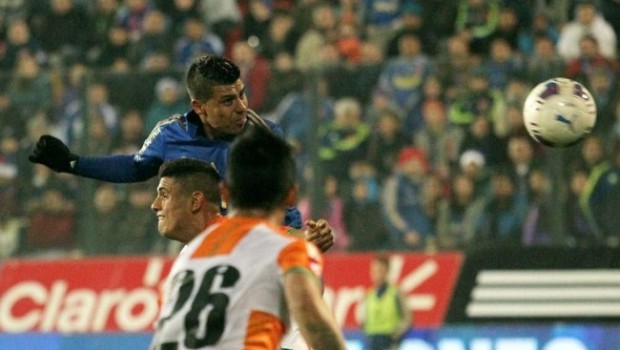 After two 3-1 wins in their opening two Apertura matches, la U scorched to another victory at Santa Laura.
Manager Martín Lasarte was able to give some match time to players who haven’t figured much in the league and a much-changed la U side proved far too strong for their Primera B opposition.

Despite the win, Universidad de Chile (and Santiago Morning) have no chance of qualifying for the next stage of the Copa Chile. Audax Italiano and Magallanes had already booked their places from Group 1.

In other Copa Chile matches, San Luis won 2-0 at Barnechea to gain a little bit of revenge for missing out on promotion and Coquimbo Unido beat Cobresal 2-1. It meant Primera B teams beat top-flight opposition in both matches.

*Enzo Roco, formerly Andía, has joined Spanish side Elche on a season´s loan with an option to buy.
The fee for the Universidad Católica defender, who hails from Ovalle, has been reported as 1million, 700,000 euros.
The 21-year-old was named in Jorge Sampaoli´s initial 30-man squad for the World Cup, but was cut when the squad was trimmed to 23.