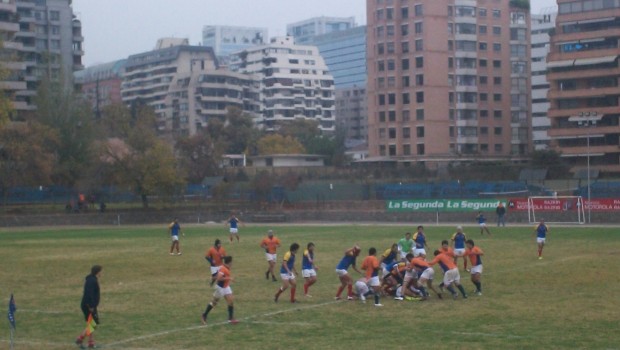 COBS and Stade Francais lead the way in the Torneo de Apertura – but Alumni suffered a shock home defeat against Country Club.
Stade went top of the Arusa table, albeit temporarily, when they whitewashed struggling Old Georgians 24-0 on Saturday afternoon.
Even without a couple of their star players, Stade proved far too strong for the visitors on a cold Santiago afternoon.
The home side led 17-0 at the break, but had to wait until the final seconds of the match to score their fourth try and pick up a bonus point.
Old Georgians created some good chances, but were unable to take them and ultimately paid a heavy price.
Stade´s top spot only lasted overnight as COBS ran out surprisingly easy 32-5 winners at Universidad Católica on Sunday. It means the Craighouse Old Boys and Stade both have 20 points from five matches, through COBS have the better points difference.
Third-placed Alumni suffered a shock 24-22 home defeat against previously winless Country Club, who moved off the bottom of the table at the expense of Old Georgians.
The other weekend match saw Old Reds recover from 8-0 down at the break to win 10-8 at Old Boys. The home side led through a Beltrán Orrego try and José Maturana penalty at half-time and looked on course for victory.
However, Old Reds dug deep in the second half and turned the game around. A Matías del Río penalty in the 62nd minute cut the lead to five points and then Filipo Borghi levelled things up with a try six minutes from time. Martín Vallejos landed the conversion to seal the comeback.
The next round of matches is in two weeks´ time. Alumni host Stade Francais, Universidad Católica entertain Old Boys and Old Reds face Old Georgians on Saturday, May 10. Leaders COBS host Country Club the following day. 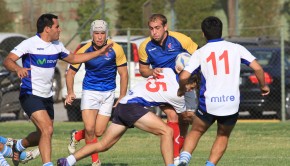