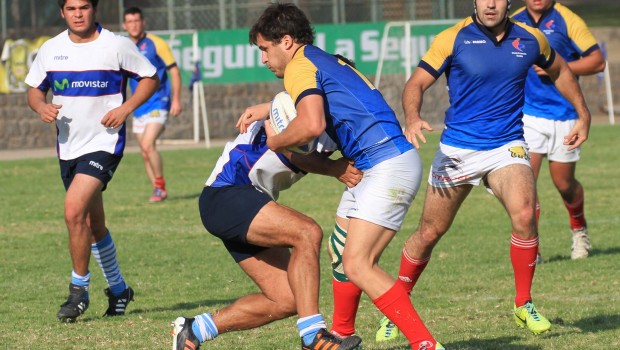 COBS will meet Old Reds in the final of the Torneo de Apertura rugby competition following a thrilling last round of regular season fixtures.
Going into the decisive weekend of Arusa matches, COBS and Stade Francais held the top two positions and were favourites to reach the final.
While the former Craighouse students did book their place, Stade fell by the wayside in nail-biting fashion on Saturday afternoon. They travelled to Chicureo to take on Old Boys and lost 45-44 in an extraordinary encounter.
A victory for Stade, who lost 23-20 at Alumni the week before, would have put them in the final, but their narrow defeat opened the door for Old Reds, who didn´t let the opportunity slip away. They triumphed 39-17 at Country Club on Saturday afternoon to move above Stade Francais in the table.
However, Old Reds then had a nervous wait until Sunday afternoon to see if their tally of 24 points from seven matches would be enough.
That was because COBS visited Alumni, who had been lying third before the final round of fixtures. A COBS victory suited Old Reds and that was exactly the way it turned out. The visitors triumphed 33-21 to seal top spot with 29 points.
It meant Old Reds took second, while frustrated Stade Francais came third with 23 points, one fewer than Old Reds.
In the other weekend match, Universidad Católica thrashed Old Georgians 48-8 away from home to end their disappointing season on a high note. The defeat meant Old Georgians finished with the wooden spoon.
The date, time and venue of the final have yet to be confirmed.
The final standings were: 1. COBS 29 points, 2. Old Reds 24, 3. Stade Francais 23, 4. Old Boys 21, 5. Alumni 20, 6. Universidad Católica 15, 7. Country Club 9, 8. Old Georgians 7.