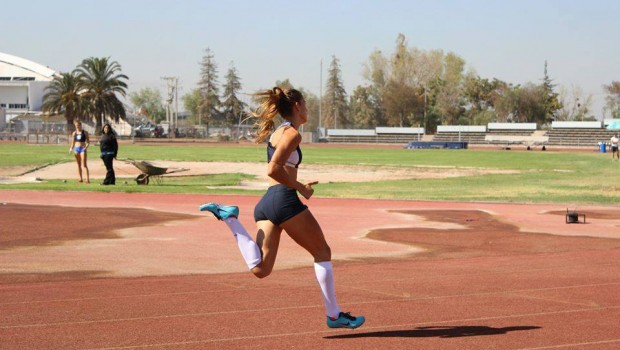 The young Chilean made a successful return to the track after taking some time off following the South American Games. Preparing for the Grand Prix event in Medellín, Colombia. Jiménez ran the 100 metres in 11.63 seconds, just six seconds away from her fastest time.

It was in Colombia where the penquista broke her own Chilean mark, running 11.57 in Cali, which was enough to book a ticket for the World Championships in Moscow.

Coach Carlos Moreno said that Jiménez had been working hard at her starts, and that the progress could be seen in this first race of a new cycle, with a key goal of breaking her Chilean records in the 100 and 200 metre sprints.

The tournament was organised by Club Atletico Erika Olivera. It continued a strong week for Chilean athletics, with Tomás Guerra winning the javelin event at the Sun Belt Track and Field Championships in San Marcos, Texas.