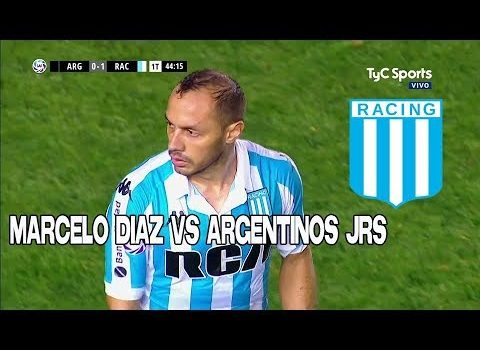 A Chilean trio has been at the centre of attention with the strong start for Racing Club in Argentina, taking the team to the top of the table thanks to efforts from Marcelo Diaz, Eugenio Mena and Gabriel Arias.

Marcelo Díaz has been the centre of attention since making the move from Pumas in Mexico to Argentina. He has made such a positive impact that he has even worn the captain’s armband during his short stay in Argentina. With La Academia on top of the table in Argentina’s Superliga, fans are impressed with the Chilean trio, particularly with Diaz, who has caught attention as the brains of the operation.

It is a role he played under Jorge Sampaoli at both Universidad de Chile and the Chilean national team. It is also a comeback of sorts, with the midfielder dropper from Chile’s final World Cup qualifier after some poor performances with La Roja. After being part of the squads winning the 2015 Copa America and the centenary tournament the following year, Chileans wouldn’t be so popular across the border. The welcome mat has been brought out though, with the Chileno chant that once welcomed Marcelo Salas being heard in the stadiums once again.

With the success of the Chilean crew already in the Racing side, club authorities may wish to bring in more. Carepato said earlier in the season, “I’m not in charge of signings, but if I could convince someone like Charles Aranguiz or Eduardo Vargas, I would.” He has also declared Aranguiz as the best player in the Chilean setup due to his consistency across the games whether La Roja win or lose.

Arias, who has debuted as Chile’s ‘keeper this year, has impressed with his streak now up to six games without conceding a goal, including playing after Chile’s long Asian tour. Fans will be hoping the trio can assist in bringing an 18th title to Avallaneda.