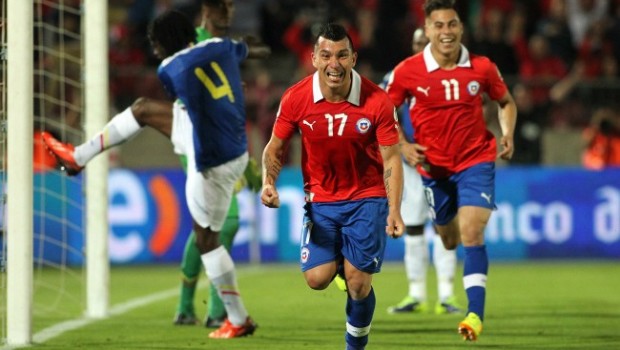 Stuttgart will play host to the clash between Germany and Chile. Chile will be without captain Claudio Bravo or midfielder Marcelo Díaz.

Jorge Sampaoli will have the chance to test his players ahead of the World Cup with a match against one of the teams regularly seen as favourites for the tournament. With the frightening task of facing both finalists from South Africa, as well as Australia, Chile will hope to impress in Stuttgart ahead, while players will look to make their mark on Sampaoli to book a place in the final squad.

Two places with a chance to make a statement are Francisco Silva and Felipe Gutiérrez. With Jorge Valdivia not in optimal conditions, the Twente man will start the match, with the Argentinian coach leaving Matías Fernández on the bench. “Gato” Silva will replace the injured Díaz, playing a linking role between the defensive line and the midfield.

Eduardo Vargas and Alexis Sánchez, both in strong form in Spain, will spearhead the attack. Jean Beausejour has the opportunity to start, filling in for Eugenio Mena.

Klose has the chance to become Germany’s highest ever goalscorer.

Among previous encounters between Chile and Germany were the 1974 World Cup, where Chile joined Australia and both West and East Germany in the group stage. 2005 saw an Under 20 friendly, which featured players included Carlos Carmona, Matías Fernández and Gonzalo Jara. Chile won that match 3-2.