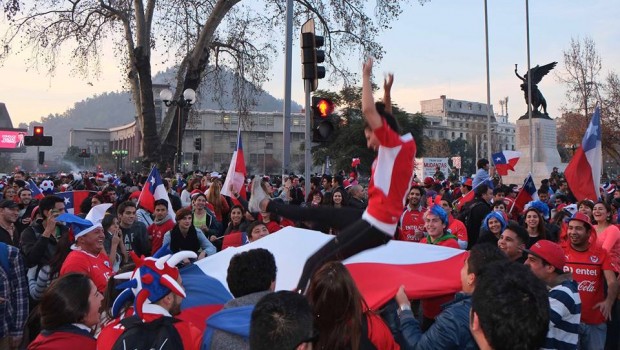 Celebrations kicked off throughout Chile after La Roja surprised defending champions Spain with a 2-0 victory.

Sport/Life photographer Vasilios Devletoglou captured some of the excitement at Plaza Italia after the Chilean sent Spain bundling out of the competition. 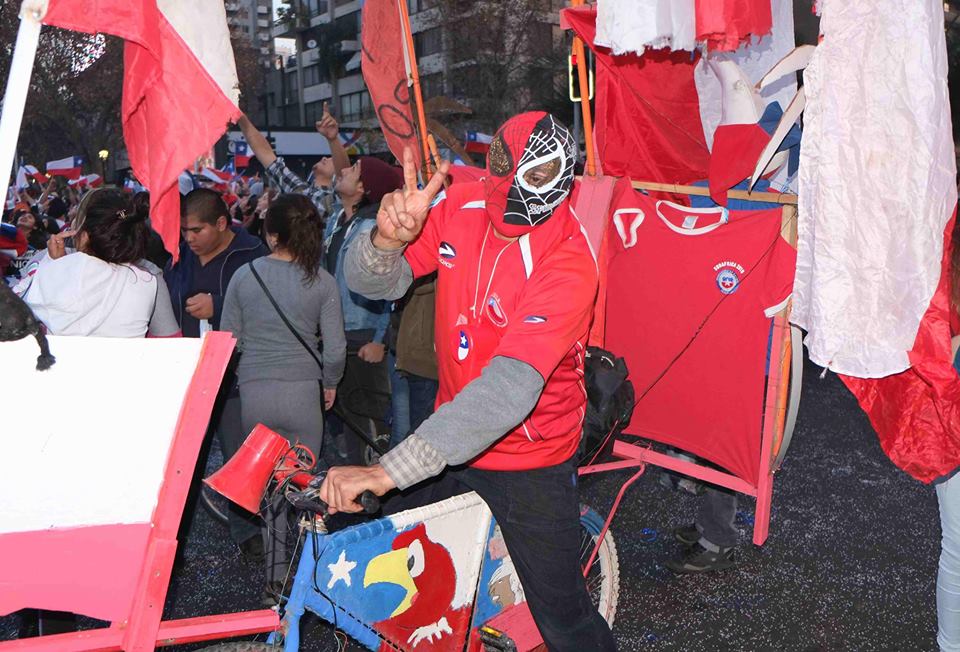 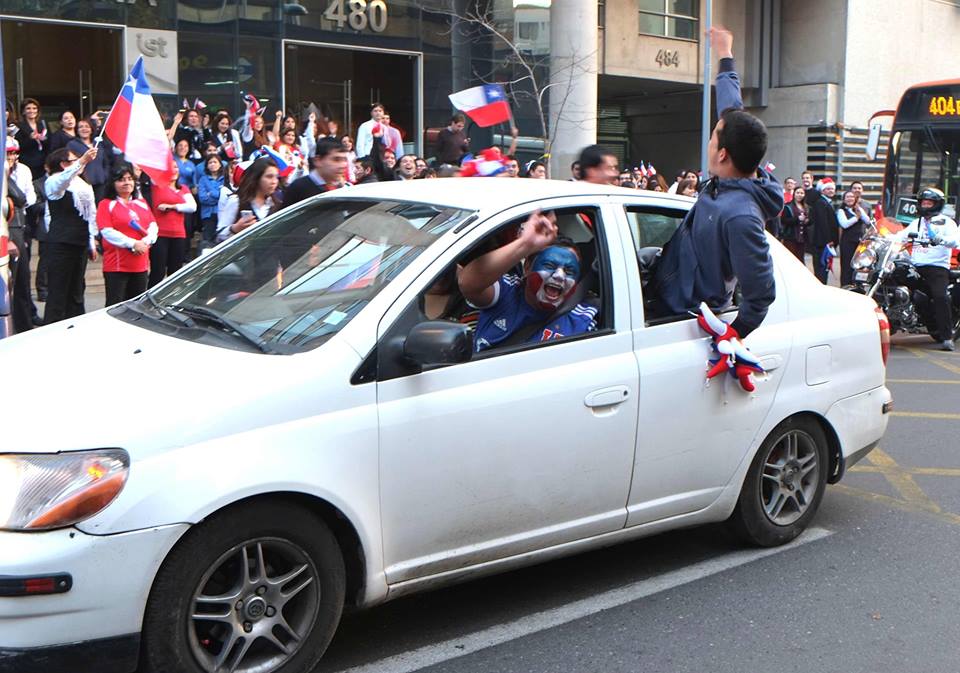 Goals from Eduardo Vargas and Charles Aránguiz brought back memories of Universidad de Chile’s 2011 Copa Sudamericana victory, which like this World Cup campaign, was guided by Jorge Sampaoli.

Despite fielding a backline consisting of Gary Medel, Francisco Silva and Gonzalo Jara, Spain’s attacking threats were nullified by Chile’s team effort and Claudio Bravo’s efforts at the back.

When Sampaoli took over the coaching job with the team out of the qualification zone, he said the players need to have pride in the Chilean jersey once again. That was clearly on show against Spain, with a collective effort ensuring that Chile came out on top. 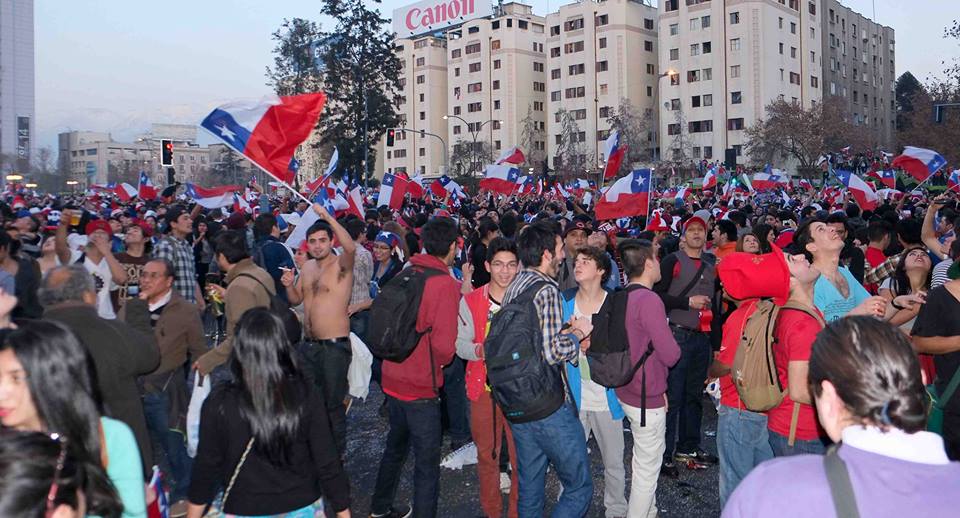 It was Chile’s best start to a World Cup campaign since the 1962 World Cup, which was played on home soil. That tournament remains Chile’s best ever effort, with La Roja finishing third in a tough tournament. 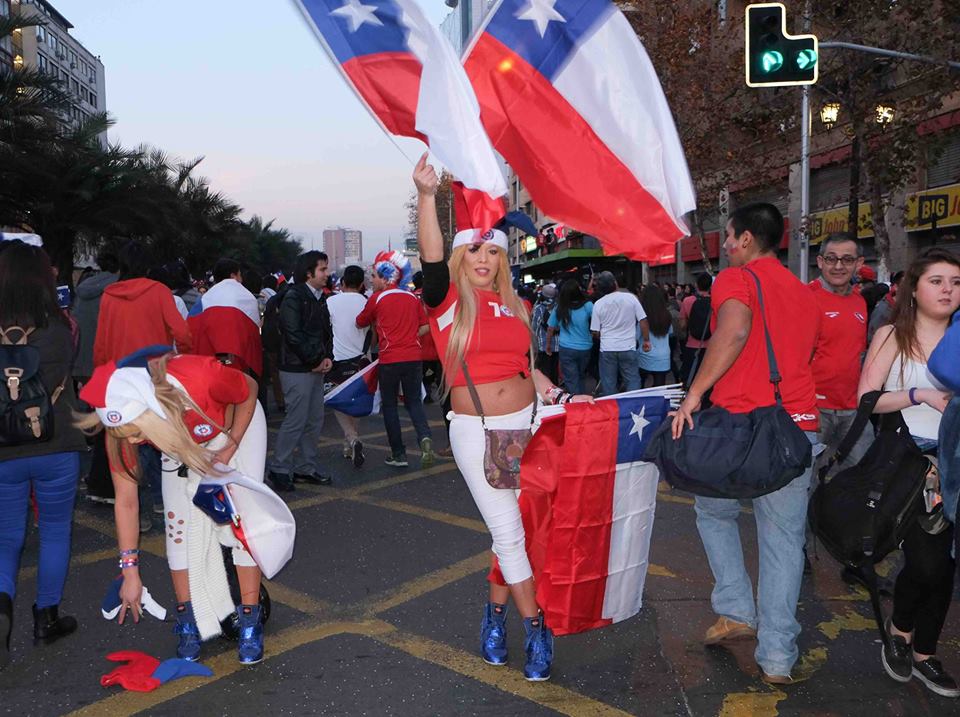 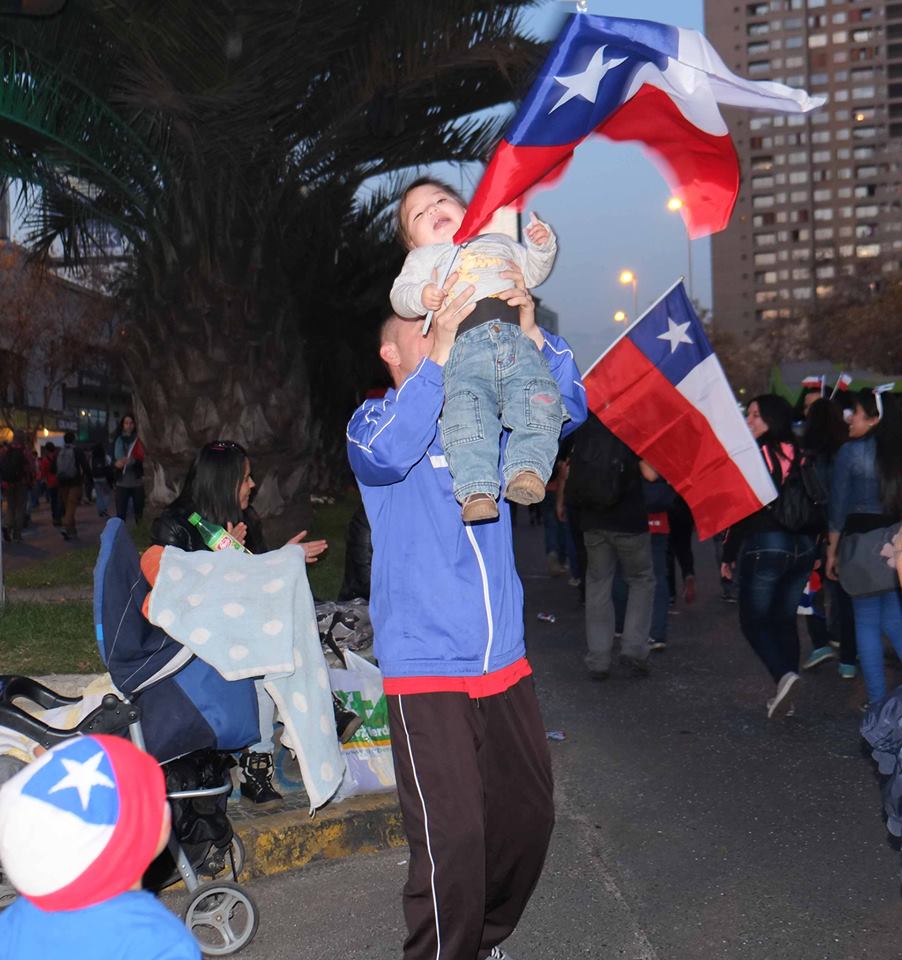 Celebrations were on for young and old. Photo: Vasilios Devletoglou

The victory ensured Chile’s place in the next round of the tournament, but will now look for victory against the Dutch, which would assure the place at the top of the group.

The Netherlands blasted Spain in their opening game, but had more trouble against a plucky Australian outfit, coming from behind for an eventual 3-2 victory over the Socceroos.

Sampaoli’s right hand man, Sebastián Becaccece said the team won’t be holding anything back for the match against the Oranje outfit.

“We’re not in the conditions to save anything. The celebration was moving for what the match was, but we can’t stay on that,” the Argentinian said.

Jorge Valdivia backed up his statements, saying, “While we won and eliminated the reigning champion, we don’t think we have achieved anything yet. We’ve seen the other teams and we haven’t seen any that play like us. We must enjoy this, but we are already thinking about the next match.”

He added that Eugenio Mena, Charles Aránguiz and Arturo Vidal will all play if selected, despite having picked up a yellow card. Aránguiz, who has been among Chile’s best in both matches, is unlikely to play after leaving the field early against Spain with a knee injury.

With Brazil most likely to top Group A, all eyes will be on the match between Mexico and Croatia. Cameroon are unable to make in through the group no matter the result against the hosts, while Mexico have a one point advantage after their draw with Brazil. Croatia would need to win to pass through to the round of 16.