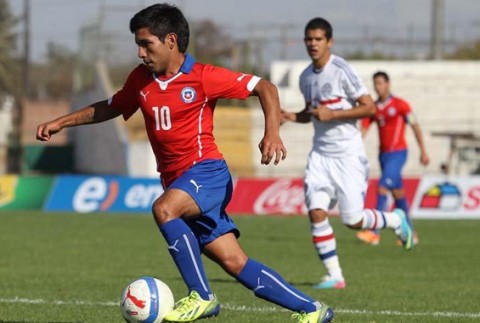 Chile Under-21s´ hopes of success in the prestigious Toulon Tournament are hanging by a thread after a second successive defeat.
La Rojita lost their opener 3-0 against France, but played well enough to suggest they could still be contenders in the competition.
However, their 3-1 defeat at the hands of Portugal, who have now won their opening two matches, has made life more complicated.
Leandro Silva gave Portugal the lead from the penalty spot on the half-hour mark following a Nicolás Castillo foul.
Hélder Costa doubled their lead in the 65th minute and Bruno Fernandes virtually wrapped things up with the third two minutes later.
Former Universidad Católica striker Castillo pulled one back a minute later – Chile´s first goal of the tournament – but it was little consolation.
Chile play China on Sunday and Mexico on Tuesday, but their chances of making the final or third/fourth place play-off are limited.