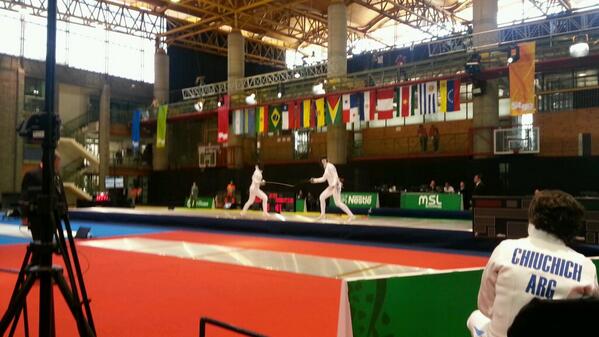 The dual Olympian fought her way through the rounds of 32 and 16, beating Canada’s Brittany Mark-Larkin 15-7, before defeating Mexican fencer Alejandra Terán 15-10. Anna Van Brummen (USA) proved too much in the quarter final, taking the victory with a score of 15-10.

Caterin Bravo was ranked seventh in the event, an improvement on her tenth place from the previous year in Cartagena, Colombia. Van Brummen was knocked out in the semi final, with the eventual winner being Courtney Hurley (USA).

Bravo, who took silver at the South American Game tweeted that despite not taking a medal, she was very satisfied with her performances at the event.

Both Rubén and Paula Silva reached the round of 16, as did Paris Inostroza. The team tournament will continue until Friday in Costa Rica.