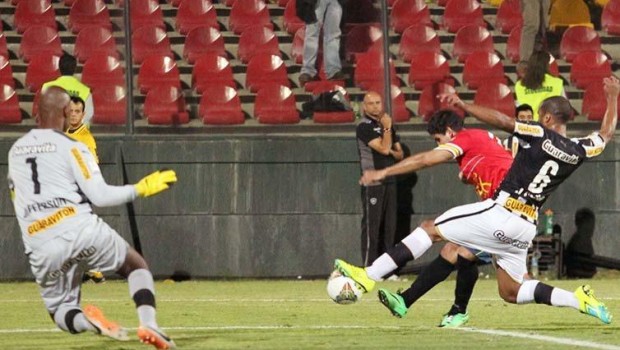 Independencia – The rojos went into the Group 2 clash without suspended striker Gustavo Canales and the injured trio of skipper Gonzalo Villagra, Diego Scotti and Dagoberto Currimilla.

And the fans feared the worst after last Saturday´s woeful 3-1 home defeat against struggling Everton in the Clausura.

But Unión turned in a gutsy, determined display that could have brought them maximum points and sent the Brazilians home empty-handed.

There wasn´t too much to write home about in the first half, though Unión keeper Diego Sánchez made a few top-class saves against a surprisingly direct visiting side.

At the other end, striker Carlos Salom had a great chance to open the scoring when he was set up by the influential Cristián Chávez, but he thumped his shot straight at Botafogo keeper Jefferson.

With Botafogo dominating possession in the second half but lacking their shooting boots, Unión battled hard to stay in it and create the occasional chance on the counter attack.

And in the 75th minute the game exploded into life with a superb individual goal from Chávez. He´s nicknamed ´Pochi´ but it should probably be ´Podgy´ because there´s no doubt he´s carrying a bit of excess weight around the middle.

However, there´s also no denying the midfield playmaker´s quality. The ex-Boca Juniors man used his nifty footwork and strength to hold off two defenders and then rifled a powerful shot across Jefferson and into the far corner of the net.

The crowd of around 7,000 went wild and it looked as though Unión would bag their first win in this year´s competition, following their 2-2 draw against Independiente del Valle in Ecuador last week.

However, it was obvious that Botafogo weren´t simply going to roll over and they began to go forward with more determination and urgency in their play.

Again, Unión were indebted to keeper Sánchez, while his defenders scrambled the ball clear at the last second a number of times. Just when it seemed as though the hosts had done enough to frustrate Botafogo, the equaliser came in the blink of an eye.

With five minutes left, Unión for once switched off and they paid dearly for their lack of concentration. From a free-kick, the ball was played simply to Edilson in acres of space on the right and he swung over an excellent cross that gave ex-O´Higgins striker Juan Ferreyra the chance to bullet a header high into the net.

If you´d have offered Unión a point before the game, they probably would have taken it, but going so close to winning soured the taste a little.

However, there´s still all to play for and Unión´s next two matches in the competition, against Argentinian champions San Lorenzo de Almagro, could prove pivotal.

The rojos return to Clausura action on Saturday when they ´visit´ Universidad de Chile (4pm). The game, however, will take place at Unión´s home ground, Santa Laura, as U de Chile cannot use the Estadio Nacional due to South American Games preparations.

La U will want to put their 5-1 midweek defeat at the hands of Brazilian outfit Cruzeiro in the Copa Libertadores behind them. 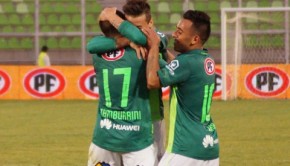 Moment of truth in Chilean Apertura →