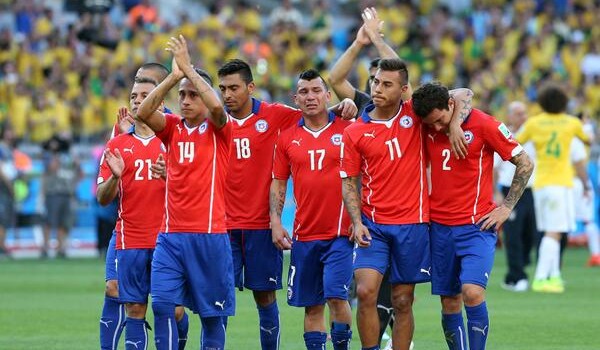 Jorge Sampaoli has selected his squad for the matches against Peru and Bolivia in October, with Matías Fernández not earning a recall to the group.

Pablo Hernández and Enzo Roco were surprise additions, with the recent goal by Hernández for Celta de Vigo helping his cause. Sampaoli will be likely to bolster his attack from the domestic front, with Mauricio Pinilla and Fabian Orellana seen as surplus to requirements.

The Argentinian coach would have also been satisfied with Arturo Vidal’s first goal in over six months. He helped Juventus to their fourth victory without conceding a goal in the Serie A, scoring a double himself. Claudio Bravo is one step ahead on the defensive efforts, holding a clean sheet for Barcelona in five successive games.

Vidal’s last goal had come up against countrymen Fernández and David Pizarro in the Europa League clash with Fiorentina. Alexis Sánchez has already made valuable contributions at Barcelona, while José Pedro Fuenzalida scored his first goal for Boca Juniors in their Copa Sudamericana clash with Rosario Central.

The matches will be an opportunity for fans in the regions to see La Roja in action. Chile play Peru on October 10 in Valparaíso and Bolivia on October 14 in Antofagasta.

The matches will be an important part of preparations for the Copa América. Another important no to the continental tournament will be the clash between Brazil and Argentina, taking place in Beijing. Brazil will also play Japan, while Argentina will face Hong Kong.

Paraguay also travel to Asia, facing South Korea and China. Colombia and Ecuador will both take on El Salvador, while the qualifying process for Europe and Africa continues.