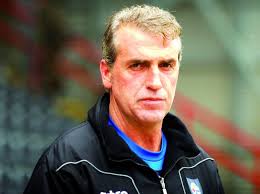 The end-of-season managerial merry-go-round is warming up – and Jorge Pellicer has already made sure of his seat.
The experienced boss has taken the reins at Audax Italiano, who narrowly avoided relegation to the Primera B under Jaime Rubilar in the season just finished.
Pellicer had sat out the Clausura tournament after a terrible Apertura campaign with Huachipato, who finished bottom.
Previously, Pellicer had been a hero with the acereros as he guided them to a memorable Clausura title in 2012, when they beat Unión Española on penalties in a dramatic final.
Now the 48-year-old is dreaming of matching those achievements at his new club in La Florida.
He said: “The objective is always to be champions and we hope that Audax Italiano is one of those teams that surprises and can crown itself champions.”
However, Pellicer acknowledged that Audax will need to strengthen their squad significantly to have any chance of matching the big boys.
“We need to bring in at least four players to be competitive,” he added. “We will seek at least one quality player for each line of the team.”
Pellicer previously won the Clausura 2005 with Universidad Católica and managed in Venezuela.

One Response to Pellicer takes the reins at Audax Italiano