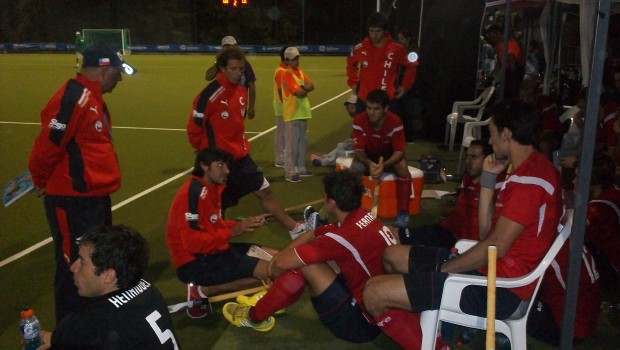 Chile’s men’s hockey team face a make-or-break match against Brazil after being on the end of a 7-3 drubbing against Argentina.

Vitacura – Chile and Argentina went into their South American Games group game with 100 per cent records, but it was the Argentinians who booked their place in Sunday’s final with an impressive display.

They’ve thrashed all their opponents so far – including an astonishing 27-0 victory against Peru.

Chile wanted to give them a real test and kept them from scoring in the first 25 minutes, but then two quickfire goals gave the visitors a comfortable 2-0 half-time lead.

La Roja came out for the second half with renewed energy, but it looked all over when Argentina netted their third.

However, Vicente Martin fired home from a short corner and then scored from the penalty spot to make it 3-2 after Martin Rodriguez had been fouled. The capacity crowd were really getting into the match, but Argentina then stepped up a gear to swat Chile aside.

They netted four goals to sweep into a 7-2 lead, though Chile had the last word when Rodriguez rifled a superb shot high into the net in the last minute.

Chile don’t have much time to lick their wounds as they face Brazil in their final round-robin match on Friday night (8pm).

Both teams have nine points from their four matches, so the winners will go through to the final – and have another chance to take on the Argentinian machine on Sunday.