Mark My Words from the Central Coast have just put up two new songs from their forthcoming EP, that’s going to be called “Wasting Time…Pushing Buttons”.

I used to work with Luke a long, long time ago (6 years as a matter of fact). We packed computer parts into boxes most days of the week. Good times…

Anyhow, I’m in the process of putting up a bunch of interviews from the old issues of my zines. This one is from Issue #1.

Who’s in the band…what do they do and how long have you guys been around?

The band consists of Michael on vox, Ryan on bass, Cbox on drums and me on guitar. Basically, Ryan, Michael and I have known each other forever and have always wanted to put something like this together, and this time everything kind of just fell in place. Originally one of my old friends Nick was playing drums when we started in August 06, but it turned out that he had to much on his plate to continue, so around September we got the Box to head down from the bay to jam and its been good times.

In your myspace bio it says the band started as a “knee jerk reaction to the Howard government”. Do you think that the change of government to Kevin Rudd and Labor is a change for the better?

Look with the Australian government as biased and close-minded as it was under the liberal movement, I think any change will be for the better. I’m still reserving my judgment of the Rudd lead Labor party untill a later date. I gotta say I’m pretty disappointed that his policies on illegal immigrants don’t seem to differ from the previous liberal parties ideas, but overall his policies on schooling, medical opportunities and rights at work for the middle/lower class seem to be a step in the right direction. I think that was what I disliked the most about the liberals, knowing just how badly the sway was for the rich to get richer and the poor to get fucked. I’m pretty stoked Rudd is willing to apologize to the aboriginals for us coming in and stealing their land, I think if we are ever to remotely bridge the gap between the Australian people, this will definitely be a step in the right direction.

What are your major influences on writing music, both musically and outside of music?

I take a lot of influence from what I see around me and how I react to these situations. For the most part I focus on the negative, issues such as greed, wealth, prejudice and hate, on a local, national and global scale. I’ve had the opportunity to travel quite extensively and it really opens your eyes to some of the wrongs being done on earth and to its inhabitants, which when I think about, makes me very fucking angry and bitter, and this is my way of dealing with it. Musically, we are influenced straight out fast furious hardcore punk in the vein of bands like Cro Mags, Trial and a hell of a lot of mid 90s hardcore bands. When writing we don’t really have all that much direction, we don’t really say ‘oh hey that isn’t the style we originally wanted when we started’, we just kind of write how we feel the song needs to sound with the subject matter and try to portray our music as a part of its lyrical content.

Do you think that young people these days care enough about what’s going on around them (not just in the hardcore scene, but everywhere)?

I would say its unfair to pin it on just the youth, there are ignorant people in all walks of life and always have been, in all different ages. As far as the hc scene is cornered, you’d probably be better off talking to someone who has been around for 20 years as opposed to me, I don’t think I’ve been around long enough to really have much of a say on this. I know when I started going to lucky shows a few years back it was really much less popular and everyone there knew everyone, so I guess the major difference now is that hardcore has become much more accessible and therefore you don’t need to be going to shows to know what your talking about, which is completely against the point if you ask me. That and the majority of kids going to shows these days seem to be much less about listening to what the band has to say as to making sure they get croosh in the pit to the toughest breakdown in a bands set, which is disappointing. I know when I started getting into this, the lyrics of some of my favorite bands really had an adverse effect on me and changed the way I live and perceive the world around me, so it’s disappointing to see some kids missing that whole aspect of hardcore.

You’re also in Worlds Apart, who have been going pretty strong, signed to Washed Up etc…do your commitments in the two bands ever clash and if they do what is your preference?

MMW is definitely my baby and it does mean a lot to me. I wouldn’t say I would give it much preference over WA but my focus right now is definitely ..ing up some material we have been working on for the last few months which has been drawn out and is starting to really frustrate me. After Xmas and after these songs are down, I’ll have a lot more time to get back into the WA thing, which I’m really looking forward to doing.

Where can people hear some Mark My Words tunes?

We recorded a demo in September last year which is long out of print but I think we are going to get some more copies together this month. Originally we just went around handing them out at shows around here cause we knew kids on the coast will hardly buy shit unless its some amped up American jock band, plus it cost us like 200 bucks to do so its kind of been something I could give back to the scene that I taken so much from. The songs from that demo are on our myspace page, they should be downloadable, if they aren’t blame tom, which by the was is www.myspace.com/markmywordsbra

Is anyone else in other bands, and what does everyone do outside the band for work, hobbies etc

Nah the other guys are pretty chill, ones a sparky, ones a salesman and the others a mechanic. Ryan and me are pretty keen bodyboarders and have been getting right into it again just coming up to summer, which has been totally disappointing cause the conditions have been perfect but its been nearly completely flat for the last few months.

What’s the Central Coast scene like at the moment…are there any bands to look out for?

For the most part the ‘scene’ here is just a poor excuse for some rich kids to parade around in their newest clothes and pretend to know what they are talking about. Shows here can be fun if a few crew travel from Newy or Sydney and having bands such as Dropsaw, Miles Away, No Second Chances, No Love Lost, Homewrecker and Bad Blood do shows around here has been a blast, but honestly it’s nothing to really write home about. It’s still a very young scene and hopefully it will grow into something much more than it is one day.

Doing a run of shows in January/February, recording a full length around mid Feb and there have been talks of a split 7′ with Newcastle’s ‘No Second Chances’ that has me really pumped, great band and really good bunch of kids. Got a lot on our plate and basically I’m completely siked on seeing how the new year turns out.

Any thanks or anything else to add?

Just like to thank the boys for being there for me and any bands/people who have helped us out with shows along the way, its really appreciated. Id also like to thank Dan for helping me get sorted at the ‘croe all these years back, for ‘Dan bam’ and for printing this… cheers mate.

Like all the interviews I will be putting up shortly, it is out of date. But that doesn’t matter too much anyhow.

Check out the new songs (and the old ones) at www.myspace.com/markmywordsbra 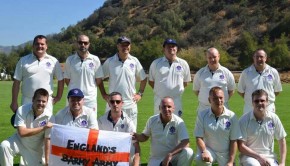