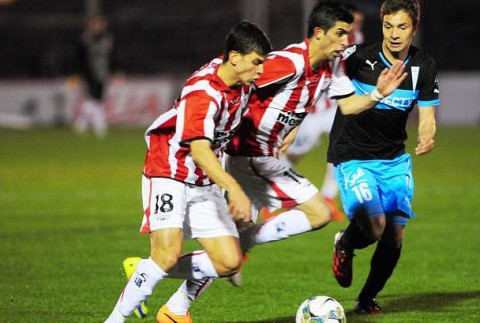 The much-criticised way Chile selects its clubs for international competitions is likely to come under greater scrutiny following a disastrous week.
Ironically, the week got off to a bright start when Huachipato won 3-2 against San José in Bolivia to triumph 6-3 on aggregate in the Copa Sudamericana first round.
However, it was all downhill from there as Chile´s three other representatives all crashed out.
Iquique were the first to bow out. Although they won 1-0 at home against Bolivia´s Universitario de Sucre, they lost 2-1 on aggregate.
Perhaps it would have been different if Iquique´s Manuel Villalobos had converted a 47th minute penalty following the dismissal of Universitario´s Ezequiel Filippetto. However, Universitario keeper Juan Roblero saved the spot-kick.
Walter Mazzolatti struck for Iquique in the 68th minute, but they couldn´t force the second goal that would have earned them penalties.
The Copa Sudamericana exit was the last straw for manager Héctor Pinto, who announced his resignation.
Another manager under heavy pressure is Universidad Católica´s Julio César Falcioni. His side lost 1-0 at home to Uruguay´s River Plate in the first leg last week and then fell 3-0 in the return and had two players – Alfonso Parot and Darío Bottinelli – sent off.
With the Cruzados also struggling in the Apertura, ex-Boca Juniors boss Falcioni has got the fans on his back. However, he has insisted he´s staying put.
“Resign? I have a contract and I´m going to respect it,” he said. “The fans aren´t happy, but we have to turn this around. December will come and we´ll make some corrections.”
The other Chilean team to fall at the first hurdle were Cobresal, who exited in farcical circumstances. After losing 2-1 away to modest Paraguayan side General Díaz last week, they seemed to have a decent chance of winning through on home turf.
However, they could only draw 2-2 in El Salvador – despite playing against eight men for much of the match.
Bizarrely, General Díaz centre-backs Toranzo and Vera were sent off after coming to blows in the 37th minute, while team-mate Sosa went for an early bath on 64 minutes.
Cobresal´s participation was the most talked about prior to the competition starting. They won end-of-season play-offs to qualify for the Copa despite finishing in the bottom half of the league (tenth out of 18).
After this week´s debacle, the calls for the Chilean Football Association (ANFP) to change the selection criteria are only likely to increase.