The Commonwealth Games are underway, with the opening ceremony now complete. The Scottish city of Glasgow is playing host to athletes from around what was once the British Empire.

While the Queen may not have a stronghold on all the nations competing, it is an opportunity for international competition for nations from throughout the British commonwealth.

Glasgow is hosting the 20th version of the Games, which being in 1930 under the name of the Empire Games. The Scots, who will soon vote on their own independence, will hope to avoid the controversy that plagued the last version in India.

Scottish First Minister Alex Salmon said during the ceremony, “Tonight’s spectacular opening ceremony has been a fitting start to the biggest cultural and sporting celebration Scotland has ever seen.

“As we all look forward to 11 days of sporting achievement and excellence, I want to wish the hundreds of athletes from the 71 participating Commonwealth nations and territories the very best of luck.”

The medals will be up for grabs from the first day of competitive action, with possibilities for success in swimming, judo, weightlifting, triathlon, rhythmic gymnastics and track cycling. There will also be preliminary action in athletics, hockey, lawn bowls, netball, squash and table tennis.

After a successful London Olympic Games, the individual elements of the United Kingdom will be looking to overcome Australia’s enduring reign at the top of the Commonwealth Games table.

Almost 5,000 athletes from 71 countries will take part in the Commonwealth Games. The closing ceremony will take place on August 3. 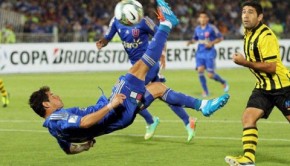