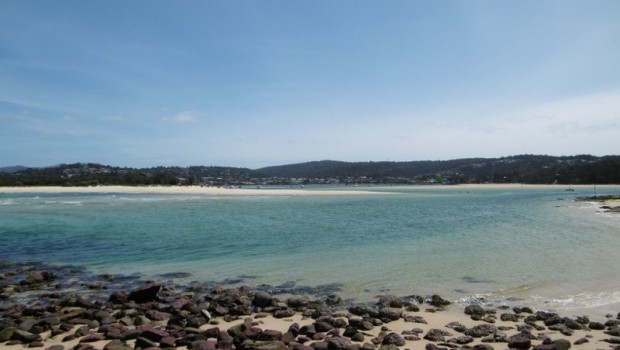 On a recent family holiday in Merimbula, I was able to do a bit of exploring of the town by bike.

Having grown up in Bega, I am quite familiar with Merimbula and the surrounding areas, though I do not believe I have ever done any travel by bike through the town. With some other family members visiting, my parents decided to book a beachside room and we couldn’t really turn down the offer to join. Unfortunately the surf was offering nothing and the wind was blowing quite strong, but I was able to get a ride in on Dad’s bike. 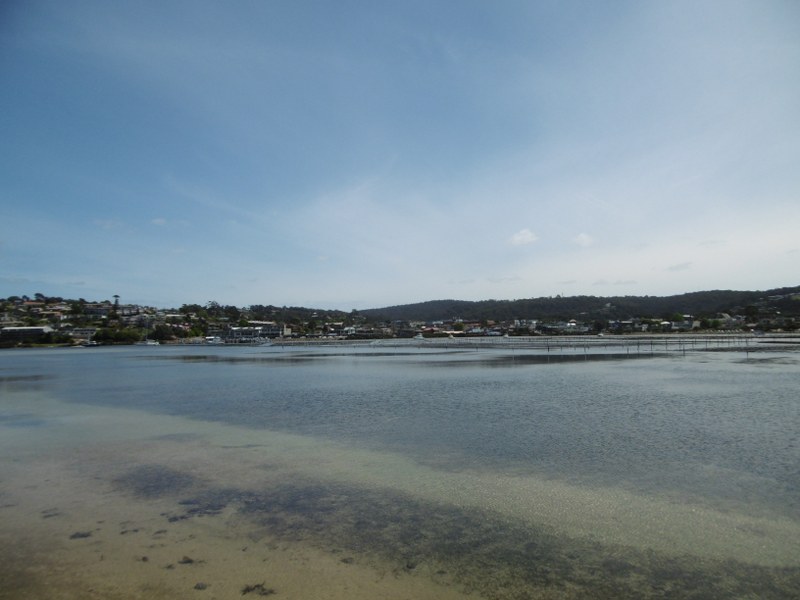 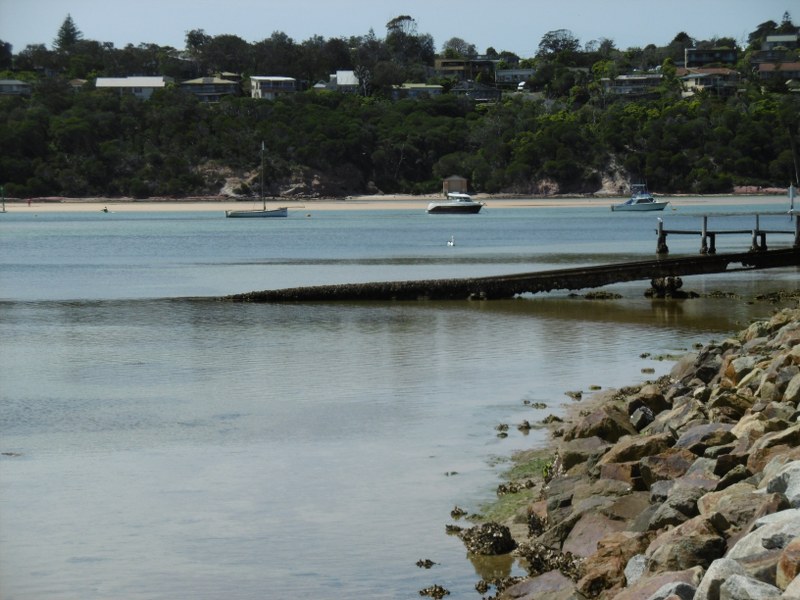 We were staying in the Fishpen area, so that was an obvious place to begin, going from our place down toward the lakeside, before crossing the bridge and riding into town. I wasn’t too interested in navigating through the crowded turn so kept along the shoreline of the lake and rode towards Spencer Park. This meandering ride through Merimbula brought back a lot of memories, and one was going there when they finally brought Triple J into the Bega area, I guess I was still in primary school, but they had a kind of Unearthed event there that we went to. 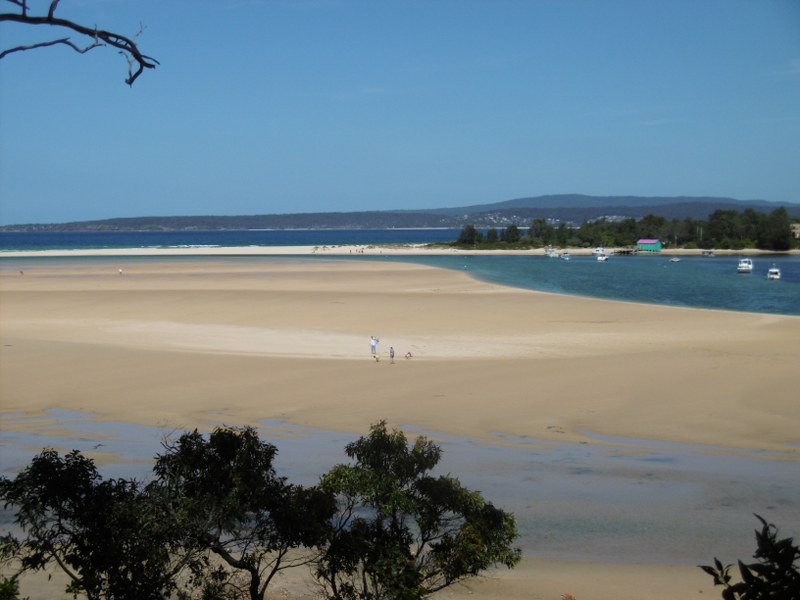 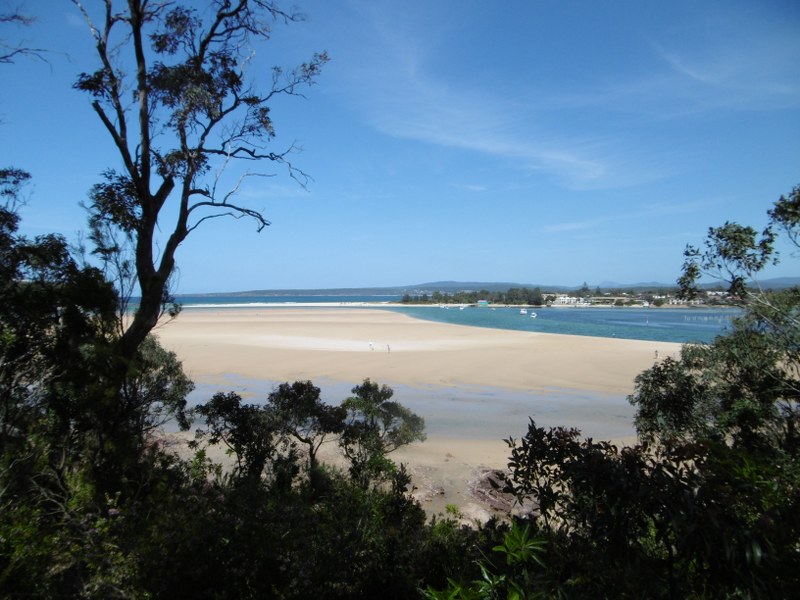 The area above the park looks to have had quite a bit of work done to it in recent times, but what is more impressive is the view out toward the ocean, which at first glance didn’t look out of place in a Whitsunday scene. Not quite the same level of white in the sand, but impressive nonetheless. I continued around the road to Bar Beach and tried out filming the descent on my GoPro. The camera came off my helmet toward the end of the ride so it didn’t quite go as planned. 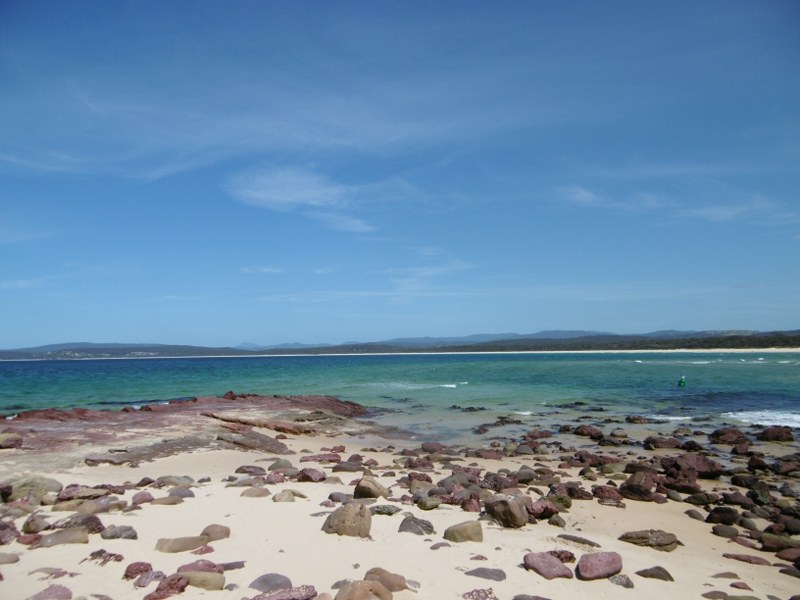 Next stop was Middle Beach, which involves a sharp climb, which is definitely the most challenging of the day’s activities. I have a memory that somebody died there when I was growing up, so we have never ventured out into the water there. The rocks below give off an impressive red colour, but the beach is quite remote for something so close to town. 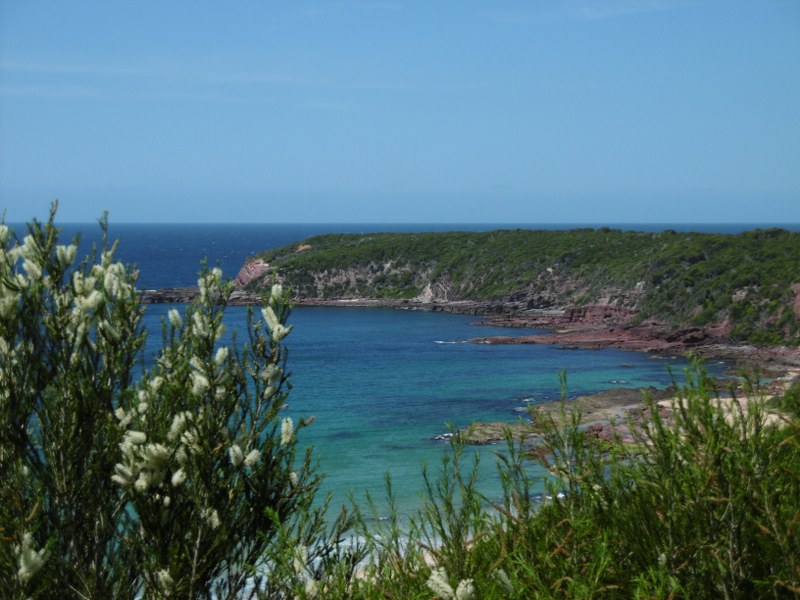 Next stop was Short Point, and as with all other locations, lake or ocean, the water was calm. I had thoughts of extending my journey towards Tura Beach, which is the far end of that stretch of sand, but it would involve some serious hill climbing, so I decided to leave that for another day.

It is quite amazing the amount of varying waterways on offer in Merimbula, with even more if you travel a little further out of town. Whether it’s surf beaches or lakes to paddle in, it’s all there. Unfortunately on this day they all melded into one calm stretch of blue. 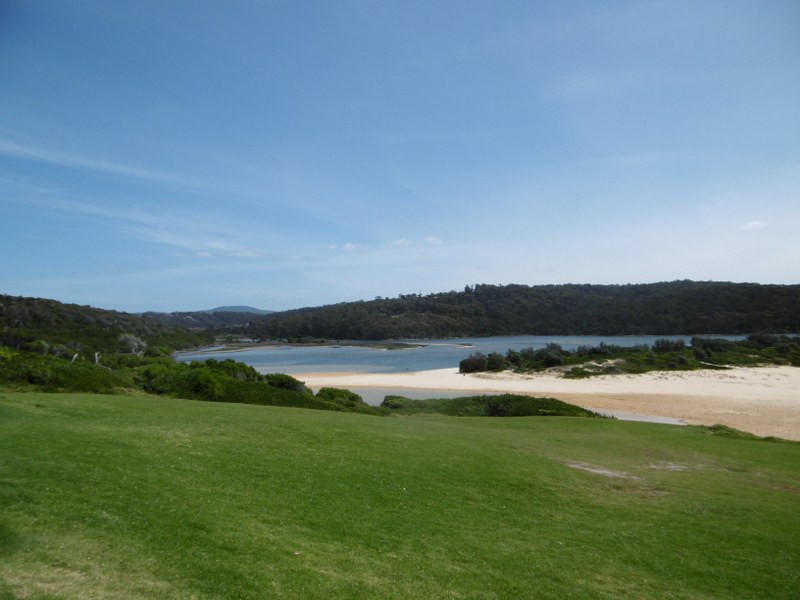 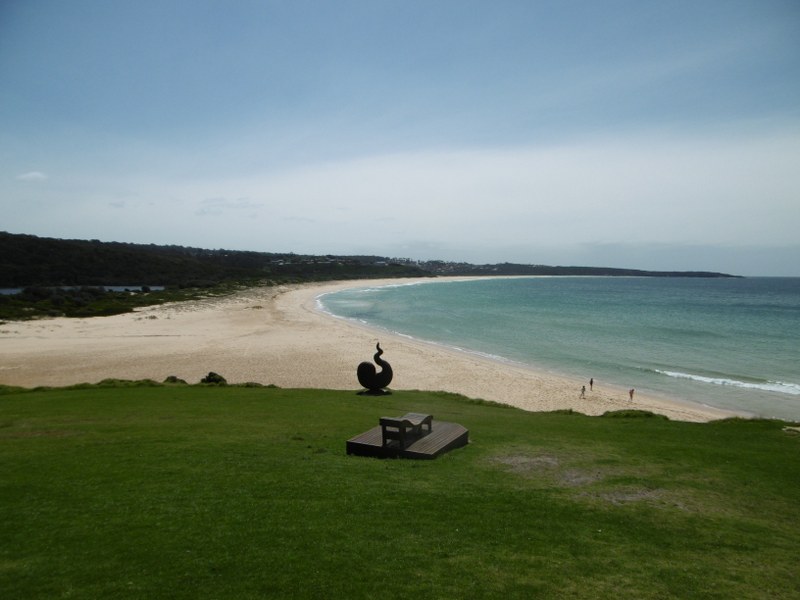 After deciding against leaving the town, I went down to Berrambool Oval. This would be the place for me that holds the most memories, with the skatepark there the first I ever visited, if my memory is correct.

Unfortunately the park is not what it once was and it looks like it is very rarely used. The days of the Tantrum team and the vert extension are long gone, and what remains is fairly pitiful, looking reasonably difficult to make use of. 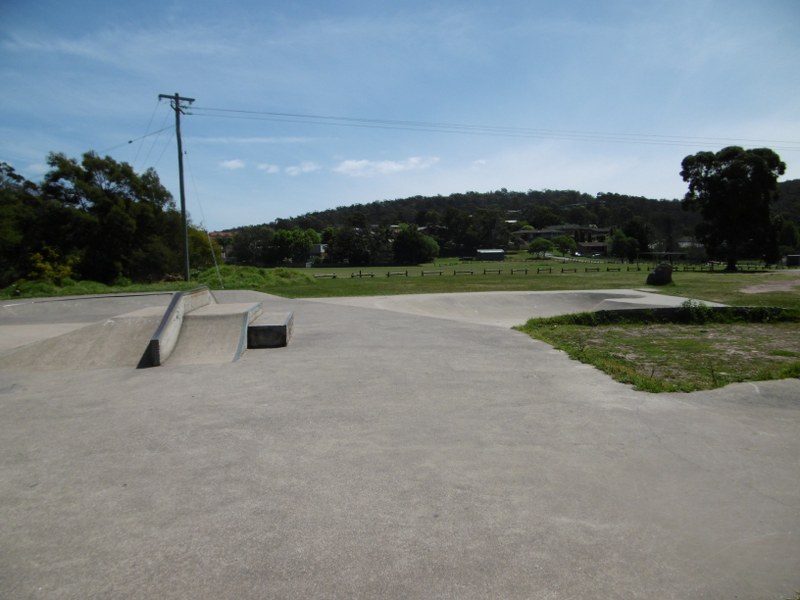 From there it was back to our abode and a swim in the pool. Despite all those blue options on offer, the pool offered protection from the wind, which none of the others could match.