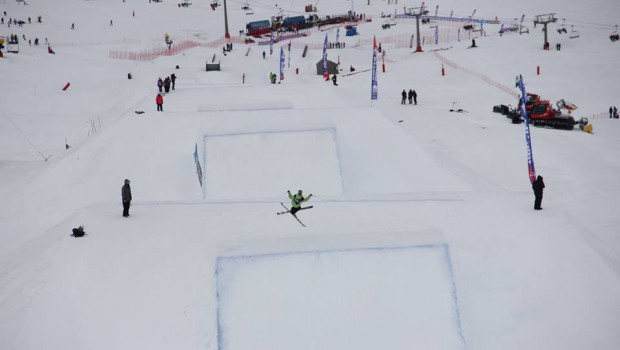 Chilean Dominique Ohaco has impressed at the Big Air event at the FIS World Cup in Germany, spinning her way to a bronze medal.

Having made her Winter Olympic debut in the Slopestyle in Sochi 2014, Ohaco made the podium for the first time in a World Cup event. The night time event in Moenchengladbach, Germany had a big crowd of onlookers, with Giulia Tanno (Switzerland) taking out the gold with a score of 94.2 on the first run. It was a double for the Swiss, with Sarah Hoefflin coming in second. Ohaco had the highest score of the second run, with the switch 900 mute bringing in a score of 83.60.

Ohaco’s previous best result was on home soil, finishing fourth at El Colorado in 2016. She finished fifth at the November event in Milan, Italy. It was Ohaco’s 24th participation at a World Cup event, and her first time on the podium.