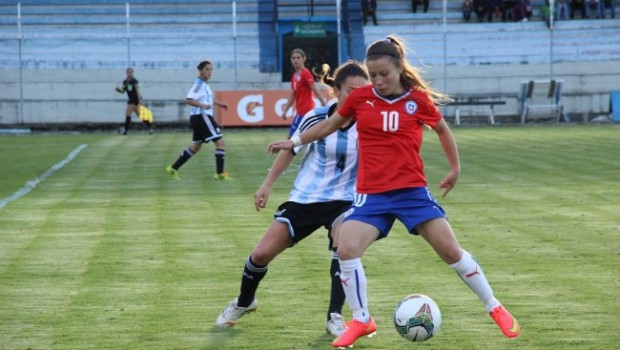 Chile´s women bowed out of the Copa América in Ecuador after suffering a dramatic late defeat against Paraguay.
In their final Group B clash, la Roja fell behind when Lourdes Ortiz headed home in the 15th minute.
However, Francisca Lara levelled things up in the 48th minute and everything seemed on track when substitute Fernanda Araya put Chile 2-1 ahead in the 74th minute.
But the see-saw match took a further twist as Quintana equalised for Paraguay in the 78th minute.
Both sides went in search of the winner and it was Paraguay who struck again when Ramírez netted in the 86th minute to make it 3-2.
After opening their Group B campaign with victories against Argentina and Bolivia, Chile had high hopes of qualifying for the cuadrangular final.
However, the subsequent defeats against Brazil and Paraguay meant they finished out of the running in fourth place.
Brazil and Argentina have qualified for the final phase, while Colombia and Ecuador are through from Group A.
All four qualifiers have booked places at the Panamerican Games in Toronto next year, while there are two places up for grabs for the World Cup, also in Canada, next year.
Chile, meanwhile, have been left to reflect on what might have been.