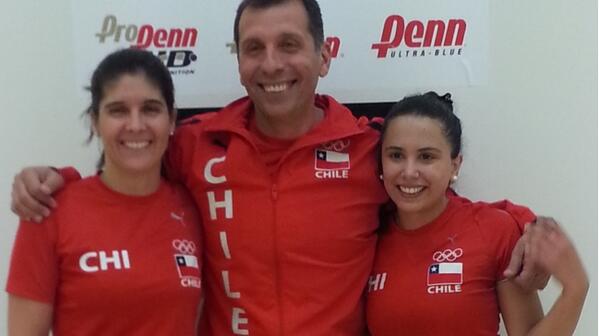 After losing against Mexico in the semi-final, Chilean duo Carla Muñoz and Ángela Grisar finished with the bronze at the World Racquetball Championships in Canada.

In Burlington, Canada, the Chilean outfit had the chance to advance to the final, but were unable to match their Mexican opponents in an the all Latina duel.

Paoloa Longoira and Samantha Salas dominated the match, with the Chileans barely claiming a point, going down 15-1, 15-3. The Mexicans will go on to look to defend their title, having beaten the Chilean pair in the final of the last World Championships.

While racquetball is a little known sport in many countries, Longoira was ranked among Mexico’s most influential women by Forbes.