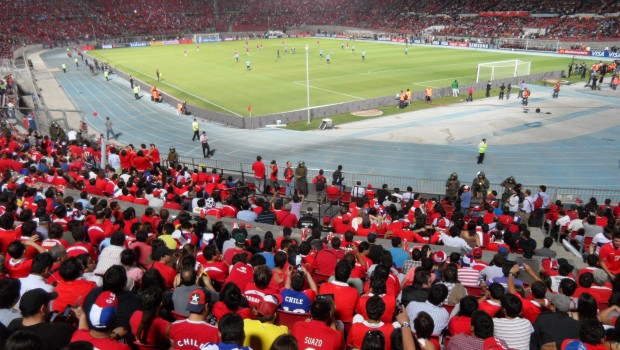 Just under a week remains until the under 17 World Cup kicks off in Chile, with seven cities playing host. The final of the tournament will be held at Estadio Sausalito in Viña del Mar on November 8.

The world’s young stars will look to impress in the Chilean tournament, which will kick off with double headers in Santiago and Coquimbo on Saturday October 17. Chile’s opening game against Croatia will be preceded by Nigeria taking on the USA. Coquimbo will see England face Guinea and Brazil take on South Korea. The opening night will be the only matches played in the capital, with the games spread between La Serena, Coquimbo,  Viña del Mar, Talca, Chillán, Concepción and Puerto Montt.

Chilean authorities invested heavily in stadium upgrades in preparation for both the under 17 World Cup as well as the Copa America, which Chile won for the first time after almost one hundred years of trying.

Current champions Nigeria are the most successful in the tournament’s history, having won the 2013 event in the UAE to take their total to 4. They share group A with Chile, Croatia and the USA. Group B sees the previously mentioned teams opening their campaign in Coquimbo, while Group C has Australia, Germany, Mexico and Argentina. Belgium, Mali, Honduras and Ecuador make up Group D, with South Africa, Costa Rica, North Korea and Russia in Group E. The final group sees New Zealand, France, Syria and Paraguay.

New Zealand hold an unwanted record in the tournament, having gone down 13-0 to Spain in the 1997 version, the worst loss in the tournament’s history. Spain will not be appearing at this tournament, having previously reach the podium five times but yet to win the Cup. The fact that Syria are participating at all is hoped to bring some highlights to the war-ravaged nation. USA are the team with most appearances at the tournament, but are yet to appear on the podium. Their best result came in 1999 with a fourth place.

Home team Chile, led by Miguel Ponce, will hope for the local advantage. Their best performance to date was third place in Japan 1993. Former defender Ponce, whose coaching record has seen mixed results, including a particularly bad campaign at La Serena will hope to shape the futures of some of Chile’s future stars. In preparation the team toured England and South Africa, remaining undefeated along the way. For a little extra motivation, the squad recently met with the stars of Chile’s adult squad in Juan Pinto Duran.

The event is another in a series of large scale events that have visited Chile in recent years, with the country already playing host to the 2014 South American Games and the successful Copa America campaign.