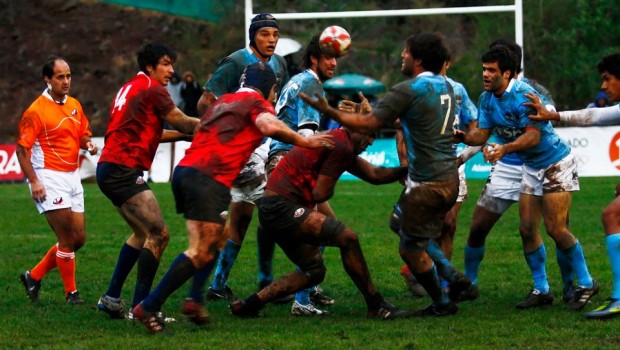 After a terrible campaign that left the “Condors” in last place in the Sudamericano Mayor A, Chile will host Argentina at San Carlos de Apoquindo.

A full day of rugby in the precordillera will include the finals of the Arusa tournament, with the intermediate match up between Old Locks and Seminario kicking off before the Pumas match, and the day finishing with COBS playing Old Reds in the final of the Santiago tournament.

Tickets cost CL$5,600 and are available from Ticketpro.

While Chile are still suffering from their 55-13 loss in Montevideo, the scoreline from last weekend’s clash between Argentina and Uruguay won’t be filling them with confidence. The Argentinian outfit had no problems in brushing aside their opposition for a 65-9 victory in Paysandú.

Argentina are currently ranked at ninth in the IRB rankings, while Chile are in 27. The Pumas will be preparing for their upcoming Test matches against Ireland and Scotland before preparing for the Rugby Championship where they face Australia, New Zealand and South Africa.

Argentina will also get a boost, with plans moving forward for expansion of the Super Rugby competition to involved a team from Argentina as well as the possible inclusion of an Asian outfit.