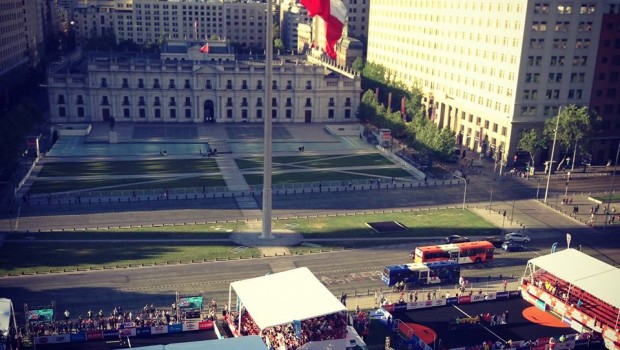 Chile showed their intentions in the opening match of the Homeless World Cup, beating Argentina 16-0.

While the Trans-Andean rivals have the upper hand in the more traditional form of the game, Chile showed off their skills in front of a home crowd, not missing a beat, nor letting in a goal in the biggest winning margin of the tournament so far.

Previous hosts Poland and Mexico also displayed their title credentials, each keeping a clean sheet and scoring plenty of their own. Poland put on 10 goals against Wales, while Mexico, hosts in 2012 when Chile lifted the trophy, added 15 unanswered goals against Wales. Chile did not manage the most goals though, with the Czech Republic scoring 17 against Lithuania. Their fellow Europeans managed to add five of their own though.

Chile’s women had a first up victory over Latin rivals, though it was a much closer affair, managing a 6-5 victory over Brazil. Play on day two will begin with a double header of Chilean action. The men take on Bosnia-Herzegovina at 1:30 p.m. while the women will follow directly afterwards, taking their turn against Argentina.