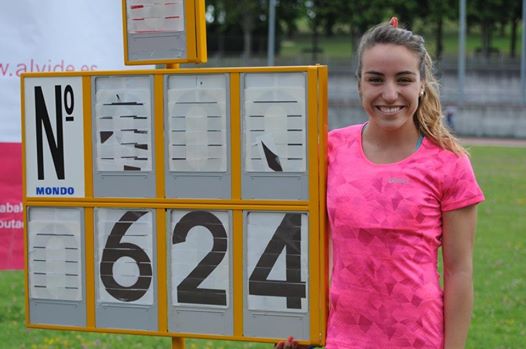 The record was a long time coming, with Moníca Castro having held the under-23 record since 1997 with a jump of 6.23 metres. Borie showed great potential for the future, with only Macarena Reyes (6.60) and Daniela Pavez (6.47) ahead of her in the list.

Having jumped 6.13 the previous week, but with an illegal wind advantage of +2.4, Borie had hoped to revalidate her impressive form from the Gran Premio de Ávila.

This time around, the wind of +1.2 was not a problem, and Borie jumped even further.

After the event, Borie said, “The competition was really good, an excellent track and spectacular day. Everything was perfect. I still don’t believe the mark, but I knew I could.”

The jump was an impressive 32 cm ahead of her previous best of 5.92 metres, leaving Borie with the ninth best jump among South American competitors during 2014.