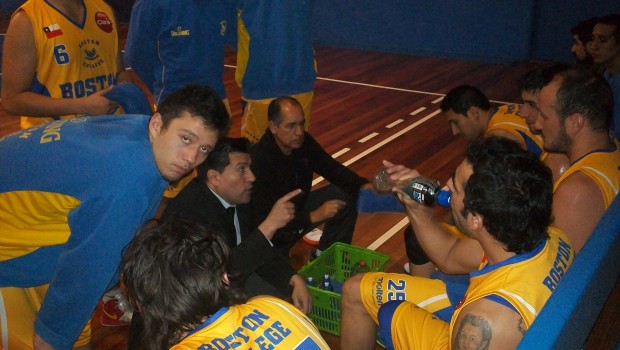 Colegio Los Leones, Colo Colo, Municipal Puente Alto and Universidad de Concepción are the four Libcentro basketball teams with 100 per cent records after the first round of fixtures.
Colegio Los Leones won 84-69 at Árabe Valparaíso to make it five wins from five in Zone A. Sportiva Italiana triumphed 81-66 at Arturo Prat, while Sagrados Corazones eased past San Luis Quillota 77-60.
Reborn Colo Colo made it four wins on the trot in Zone B with a comfortable 89-64 victory against Sergio Ceppi.
Colo Colo lead the way from Universidad Católica, who beat Club Providencia 94-73 at the weekend.
In Zone C, Municipal Puente Alto put their feet up at the weekend after already notching four victories. Boston College are breathing down their necks, but only after surviving a scare at Stadio Italiano.
A tight match could have gone either way and both sides had chances to win it in the closing moments. The match was tied at 60-60 at the end of normal time, but Boston College stepped up a gear to triumph 73-65 in overtime.
The other Zone C match also proved a nail-biter. Brisas edged to a narrow 63-61 success at Santiago INBA.
Meanwhile, Universidad de Concepción thrashed Áleman Concepción 83-43 in their derby showdown to take a grip on Zone D.
However, Liga Nacional Movistar champions Tinguiririca San Fernando are hot on their heels following a thumping 105-47 victory against Árabe Rancagua.
The return fixtures begin next weekend with everything still to play for. *Universidad Austral suffered a 114-70 defeat at the hands of home side Universidad Tecnológica Equinoccial in their opening match in the South American Women’s Club Championships in Ecuador.