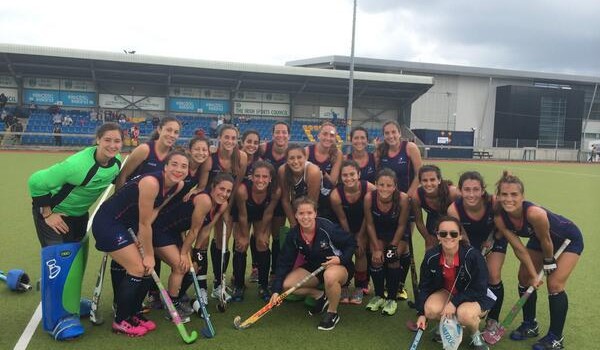 Chile´s women´s hockey team face a make-or-break match against hosts Ireland tomorrow for a place in the final of the Four Nations.
Las Diablas got off to a flying start in the Dublin tournament with a 2-0 victory against Canada on Saturday. Mariana Lagos and Carolina Garcia were on target for Chile.
However, they were brought crashing back down to earth yesterday with a 10-0 defeat against New Zealand. Katie Glynn hit a hat-trick for the ruthless Black Sticks.
Ireland, meanwhile, lost 9-2 to New Zealand, but then bounced back by beating Canada 5-0.
It means tomorrow´s clash between the hosts and Chile will decide who joins the Black Sticks in Wednesday´s final and who has to settle for the third/fourth place play-off against Canada.
Ireland coach Darren Smith said: “We´re looking forward to playing against Chile, who will be up for the challenge with a berth in the final to the winner.
“I am sure either team would like another crack at New Zealand to improve on their pool match result.”