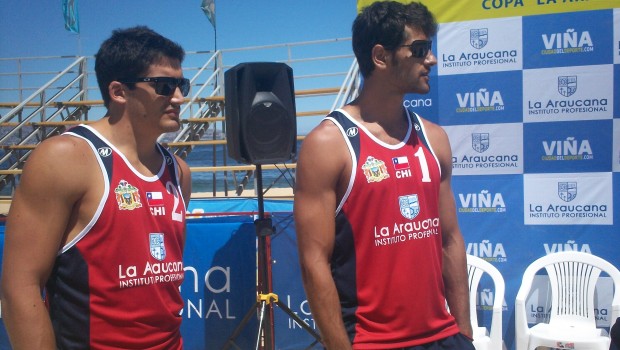 Grimalts too Good in Bolivia

Brazil’s Fabio Bastos and Saymon Santos were easily swept aside in Sucre, with the Esteban and Marco Grimalt triumphing 21-9, 21-14. The new victory leaves the Chilean pairing second on the standings, just 20 points behind Brazil, who have 900 points.

It was the second time that Los Grimalt had reached the top of the podium during this year’s circuit, having beaten Venezuelan opposition to take the title in Peru. The tournament game as Bolivia was formalising it’s case in The Hague to ask Chile for a return of sovereign right to the sea.

The circuit will remain in Bolivia, with the next stop in Cochabamba, which will host the 2018 South American Games.