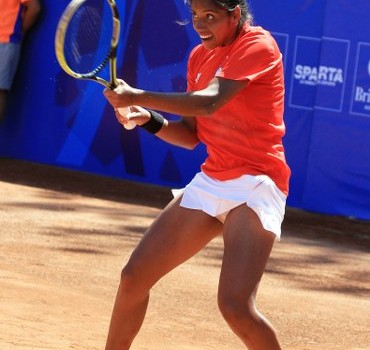 Daniela Seguel and Cecilia Costa’s hopes of women’s doubles glory were dashed when they lost a deciding tie-break in their semi-final against Paraguay.

Ñuñoa – The Chileans wanted to make up for their South American Games singles disappointment by beating Veronica Cepede and Monserrat Gonzalez and they looked on course when they took a topsy-turvy first set on a tie-break 7-3.

Backed by the noisy home fans, the second seeds were looking good against the Paraguayan duo that included singles finalist Cepede.

Seguel and Costa had to fight back in the second set to make it 4-4, but the visitors refused to buckle and broke Costa´s serve to take a 5-4 lead which they then served out.

It meant the match went into a deciding tie-break up to ten points. Chile led 3-1 early on, but the Paraguayans reeled them in and eventually triumphed 10-7.