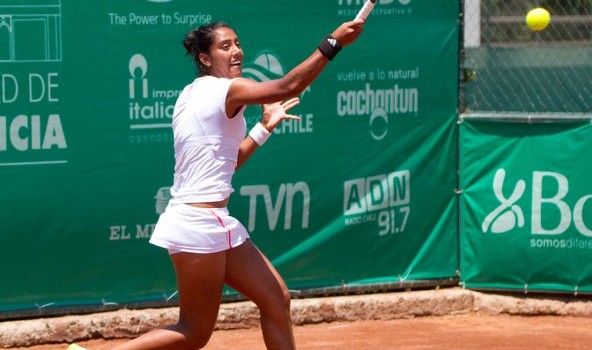 Chilean player Daniela Seguel moved through to the second round of the ITF tournament in Nottingham.

The English city recently celebrated the announcement that it will move back into the “big-time” of the tennis world, with pre-Wimbledon tournaments to be staged there.

Chileans Daniela Seguel and Cecilia Costa took part in the tournament, with Costa failing to make it through the qualifiers. Seguel received direct entry to the main draw of the tournament and defeated Jade Windley in three sets (6-3, 5-7, 6-1). Windley had gone in the tournament after reaching her career high ranking of 289. La Pantera had a slight advantage in the rankings at 276.

Both Chileans bowed out in their first outings in Grenoble, France and Seguel will be hoping to continue deeper into the tournament ahead of the South American Games. The “Panther” will face Tara Moore (210) in the second round.

Seguel and Costa also teamed up to move through to the quarter finals in the doubles.