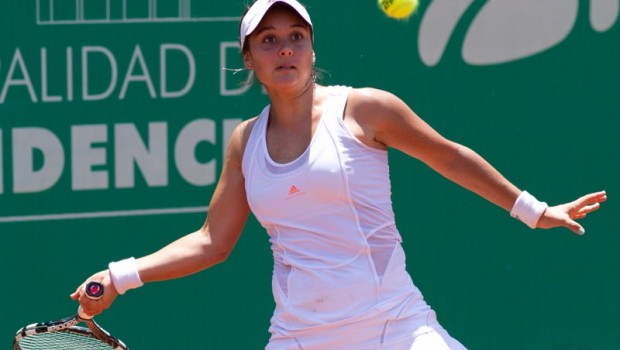 Cecilia Costa will seek to reach the semi-finals of the ITF Maaseik tournament when she finishes off her quarter-final tomorrow.
The 21-year-old holds a 4-2 overnight lead in the third and deciding set against Holland´s unranked Kim Rus. Costa won the first set 6-3, but Rus hit back to win the next on a tiebreak by seven points to five to prolong the match.
If third seed Costa (462) can polish the match off, she will be back in action later in the day in the semi-finals. Her opponent would be another Dutchwoman, Quirine Lemoine (455), the second seed.
Costa and her French partner Manon Arcangioli lost 6-4, 6-3 to Belgium´s Steffi Distelmans and Magali Kempen in the women´s doubles semi-finals.
Meanwhile, Chilean number two Andrea Koch will also bid for a semi-final berth tomorrow. Koch (355) meets Argentina´s Guadalupe Perez (518) in the last eight of the ITF Campos do Jordao in Brazil.
The 29-year-old overcame Brazil´s Leticia García Vidal (1,076) 6-4, 6-2 in the last 16.