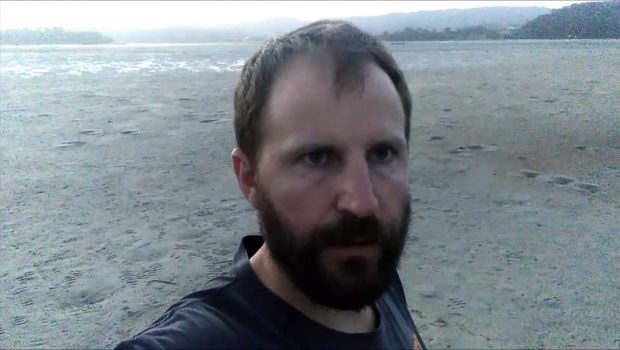 New vlog. Taking the BBQ Boat in Narooma for a bucks weekend.

A little while back a friend got a few of us together down in Narooma. As part of the celebrations for the buck’s party, we went out on the BBQ Boat. Having grown up in Bega, I have spent a little time in Narooma over the years.

It has also been a key point for Australian footbag, with the Narooma Footbag Jam being a regular event on the calendar over many years and a greatly treasured memory.

Despite having been there the week before with the family visitors, I was excited for another trip down. The first day it was just Jonathan and I, and maybe we started a bit early on the events.

We ended up meeting some other guys at the “Million Dollar View” hotel playing pool – I had asked them “do you want to battle?” After originally declining we got chatting and they ended up joining us the next day.

There were plans to climb Gulaga the next morning but that would have to wait. A beach swim got us a little revived before we joined the others on the BBQ boat. That is something we did at one of the Narooma footbag trips and it was great fun that time.

It is something quite relaxing, just going around in the boat, taking a look, stop here or there for a swim. Just don’t go to the wrong area and put the boat on the sand…

We didn’t quite get stuck on the sand but things were looking a bit close for comfort. All of us needed to stack one side of the boat to get back to level. We timed it well so that once we were out of the boat we could sit by the side of the lake and see the sun go down into the water.

There were no surprises that we ended up at the same pub as the night before. It was much more crowded this time around and with the music there I could barely here what anyone else was saying, so I packed in pretty early.

I returned home with a stop in Bega to visit Dad, who was having his own weekend with The Boys.