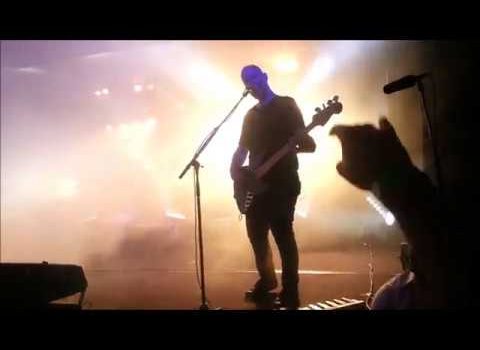 This vlog follows the trip down memory lane to see The Butterfly Effect. Following on from Sydney and Newcastle, I also went in Canberra and Wollongong.

Canberra was an easy show to visit as I could simply catch the bus from just down the street and finish up nearby to the venue. Every few steps I took I saw a familiar face.

The next day I was backing up with a trip down to Wollongong. Despite being something I used to do pretty well on a weekly basis, it was the first time I had been to two shows within two days since seeing Funeral for a Friend one night and Soilwork the next, which was already some years ago.

The Canberra show was probably the weakest performance overall, but it was still a good one. That was something I had worried about before booking all the tickets. The other pleasing aspect was there were a couple of slight changes to the setlist. They were only slight changes, actually only one change of song, but the order of the setlist meant a lot more older songs at the front end, and I enjoyed that more.

My friend Todd had visited me for the show and he accompanied me for the ride down to Wollongong. The weather was not great, but I was able to have a short stop at Goulburn. We continued down to the ‘Gong where we stopped for lunch at Chickos. Todd was raving about it the whole way down, so there couldn’t be any other option. It was tasty and cheap so can’t be concerned about that.

My friend Doug recently bought a place in the north of Wollongong, so I stayed there and he joined me for the show. We had a great time talking about the olden days, bringing back plenty of memories. It was the first time I had ever been to venue Waves, I remember it being a common place for shows when I was a teenager, but I never had the opportunity to go there.

It was not my first time in Wollongong to see The Butterfly Effect though, I think I had at least five previous visits to places such as Oxford Tavern, Wollongong Youth Centre, Woonoona-Bulli RSL (twice), Shellharbour Workers Club and I may even be missing some other trips down there.

This was the only show I didn’t bother to go right up the front, the levels of the venue mean it’s not really necessary at all. It was the same set as the previous night, and it was good fun again. To really ramp up the reminiscing, we walked a long distance to get back home.

The next morning we hit the beach for a swim before I made my way home. I got back just in time to pop across to the Raiders match.

For good measure I have added the vlogs from the trips to Newcastle and Sydney for seeing the same band.