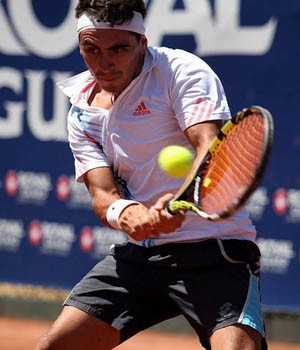 Egypt – Competing in Sharm El Sheikh, Fleming, ranked 1,469, caused a major shock in the first round of the Future 6 when he beat the top seed. The only disappointment from a Chilean point of view was that it came against one of his compatriots, Hans Podlipnik (301).

Fleming will meet another Moroccan, Yassine Idmbarek (748), in the quarter-finals today.

Meanwhile, Malla (734) has won a confidence-boosting six matches in the Future 6 in Boynton Beach, Florida.

He takes on Germany’s Yannick Maden (685) in the quarter-finals today and will bid to win again to reach the semi-finals and further boost his ranking.