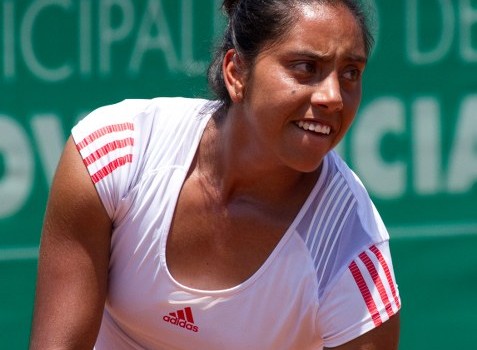 Pain for Podlipnik, delight for Daniela

Podlipnik’s hopes of qualifying for the main draw at the French Open went up in smoke when he lost a hard-fought three-setter against Bosnia´s Damir Dzumhur (127) in the second qualifying round.

While Podlipnik suffered disappointment, Seguel enjoyed success in France. Competing in the Strasbourg WTA event, Seguel and her Argentinian partner Tatiana Búa reached the final of the women´s doubles.

Seguel (ranked 143 in doubles) and Bua took the first set 6-3, but then narrowly lost the second 6-7 (5) against Olga Govortsova (Belarus) and Klaudia Jans-Ignacik (Poland).

However, they put that disappointment behind them to win the super tie-break 10-8 to clinch the match.
In the final, Seguel and Búa will meet the Australian pair of Ashleigh Barty and Casey Dellacqua or Chinese Taipei’s Hao-Ching Chan and Yung-Jan Chan.
Claiming a WTA doubles crown would be a major step forward for the 21-year-old Chilean women’s number one if she can achieve it.