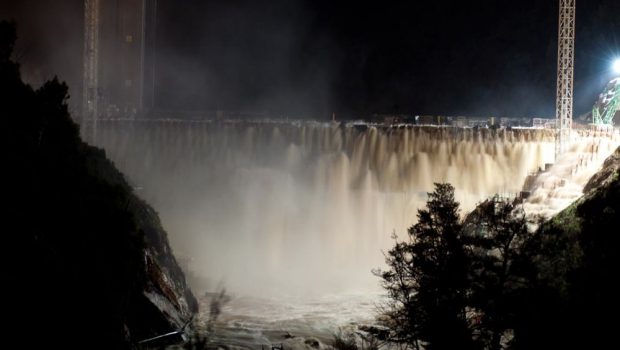 I wrote the cover edition of the February edition of I Love Chile. It was an interview I did with Marlen Olivari, who is in a musical, which is also called “I Love Chile”.

You can now read the digital version for free here
This woman, she shot to fame by hosting one of those TV shows where a woman reads the weather whilst taking her clothes off. She has also been the centre of various incidents, many of which resembled the Janet Jackson “closet malfunction” at the Superbowl a few years back.
She has a kid now so it’s all about a “changed life” of something along those lines.

Here’s a couple of clips from the show.

I will try to post up some more stuff about what I’ve been up to writing wise. Yesterday I interviewed a guy, Miguel. He is holding a comic expo, this guy has some stories. He began his writing career with the guy that started Condorito (before Condorito started) and went on to work for Pixar and Disney.
I also mentioned a while back that I was looking to do an interview with these guys that skated through the Atacama. I got my answers back from them. I’m going to write a story for the paper, but I might just put up the questions and some pictures on here, that sounded like a cool trip.
In more personal news, I went and picked up the keys to our new apartment today. We are going to start living our own lives, in a much more central area. Over the next couple of days we’re getting a bed, washing machine and fridge delivered, so things are starting to come together in that regard.
I am back in action with my Masters, I just have two subjects remaining and to be honest it looks fairly daunting. That could be a good attitude to have. If you think you’re going to come in barnstorming, you will probably come out the other side with your tail between your legs.
For a great example of this see: Canberra Raiders, 2011.
Speaking of Canberra, there have been floods lately. 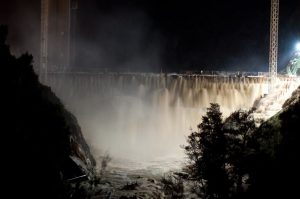 This is at the Cotter Dam. Well I think the new part which was hoping to save things because of the drought.
That’s how it works I guess…
I am about to head off and play a Pichanga (pick up soccer match). I played one on Monday as well, that was good fun. There were a bunch of guys from Singapore playing, and that day I happened to be wearing a Tiger beer shirt.
This match is going to be “Latin America vs Rest of the World”. I guess when you think immediately, you would jump to the conclusion that LatAm would be winners straight away. However, fútbol is the world game after all. So it will be interesting to see how that goes.
I finally got myself a pair of boots, so hopefully I can put in a better showing than previous matches. It has been a long drought of goals for me.
Chile played against Ghana last night, and that sure was a weird game. As the commentators said at half time (which went for 35 minutes), “everything about the organisation of this game has been a disaster”.
The final score was a 1-1 game, with Matías Fernández scoring the equaliser from a penalty kick. I might do some player rankings on the I Love Chile site. Then again, I also might not. You can read this article about the change of the venue from New York to Philadelphia a few weeks back.
I may have mentioned we went to see Morrissey the other day. That was the first gig I’d been to all year, and we hadn’t seen anything since Parkway Drive, back in November. That’s something that will have to change.
Opeth are going to be hear at the end of the month, I will definitely head along to that one. I’m not sure if they’re still on their “easy listening” run of shows. Even still, they’re a great band. I had an excellent time seeing them with Ben many years ago in Sydney.