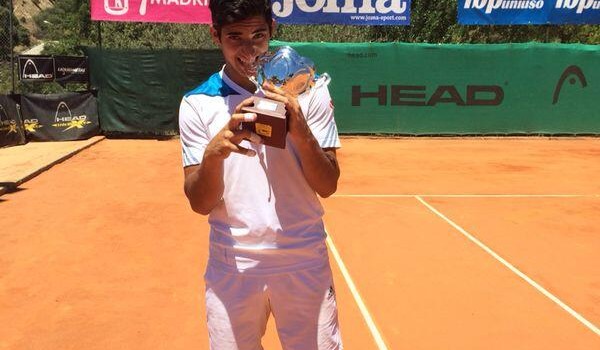 Christian Garín maintained his unbeaten record against compatriot Nicolás Jarry by beating him in the all-Chilean final of the Spain Futures 12.
Garín had won all their three previous matches on the pro circuit, but was forced to work hard to make it four.
The lower ranked Jarry (513) took the first set 6-3 to suggest a shock could be on the cards in the battle of the 18-year-olds, but Garín (393) reacted well. The fourth seed won the second set by the same score and then stepped up a gear in the deciding set to take it 6-1.
The clay court final took place at the Rozas Club in Madrid and was in a tournament with a US $10,000 prize fund.
Meanwhile, Cristóbal Saavedra lost in the semi-finals of the Poland Futures 1 in a tight match.
The Chilean third seed went down 6-2, 5-7, 7-5 against the host country´s Marcin Gawron, seeded eighth.
On the women´s front, top seed Fernanda Brito will be in action in the final of the ITF Pachuca tournament in Mexico later today.
Brito (518) meets the home country´s Carolina Betancourt (725), the second seed, in the final.

One Response to Garín beats Jarry to win Madrid title