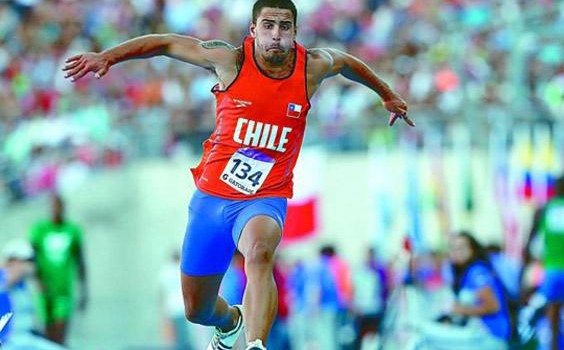 Talented triple jumper Alvaro Cortez broke the Chilean youth record on his way to eighth place in the World Junior Championships in Oregon, United States.
Cortez was already the record-holder with 15.84 metres and in the qualifying round he leapt 15.97m, though it was ruled out as a record because of the following wind of +3.6. It did, though, ensure he went through to the final in ninth place.
In the final, Cortez gradually improved. He started with 15.66m in round one and leapt 15.80m in the second. It was in the third round that he beat his own Chilean record, jumping 15.88m with only +0.4 wind.
It gave the Iquique athlete eighth place in the final and shows that he is one to look out for in the future.
Cuba´s Lázaro Martínez won the gold medal with a tournament record 17.13m.