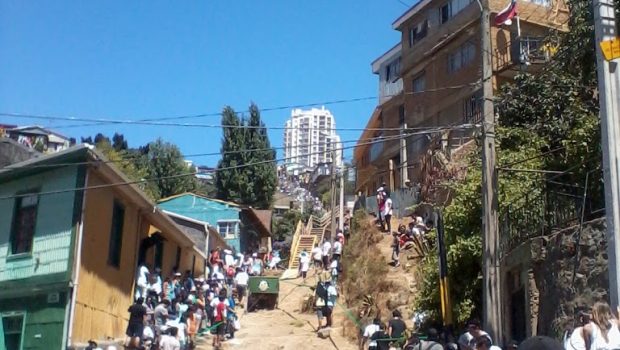 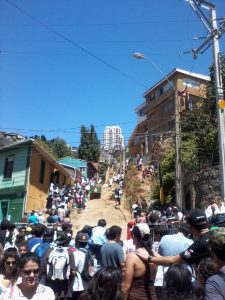 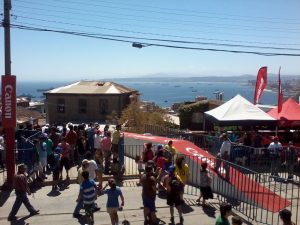 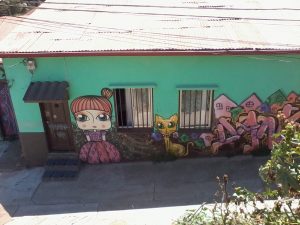 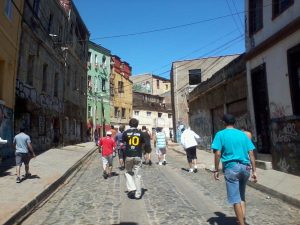 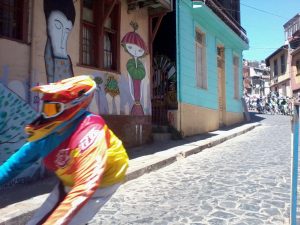 Last week I went down to the Valparaíso Cerro Abajo. It actually seems like many months ago, but it was just a few days.
This was something I had heard a bit about before coming to Chile. It is an urban mountain bike race through the streets of Valparaíso, often referred to as “the craziest race in the world”.
Here’s an article I wrote about it. The last time I went to a mountain bike race was when the World Champs were on at Mt Stromlo. Come to think of it, that was already a few years ago. We had the Chilean team staying at the hostel when that was on, which you know what, that was probably my first ever encounter with a Chilean.
After I finished watching the racing, I had a bit of a wander around. It is February which is “go on holiday month”, so there were no buses to head back to Santiago. We have spent plenty of time in Valpo lately, and I didn’t have a whole lot of money to spend, so I went down to the bus station to see if I could get a last minute cancellation or something similar.
What I got instead was some kind of pirate bus. A man was yelling “SANTIAGO, SANTIAGO, ALTIRO”. I thought it seemed like one of these suspicious scams that abound in bus stations, which I guess it kind of was, however, the fact I wasn’t asked to pay until I got onto the bus gave me some confidence.
So I paid the price of a coach to go in a hot, stuffy micro, crammed between two blokes who were more suited to playing in the front row. However, I had a lot of things to do during the week, so it was going to be better to be back in town.
One of the things to do was to get my residencia temporal. That means I’m well on my way to getting my residency. After one year I will have to apply for the permanent version. I went into the office on Tuesday, and had to wait three hours for my turn. That was a lot of fun…
So now next week we’re going to move into our own place, so I guess you could say things are coming together. I am helping Francisca with some of her work in Australia. This will be a nice little earner for me, particularly when you say it in pesos.
However, at the moment, finding money on the ground is a nice earner for me, so that’s not saying too much.