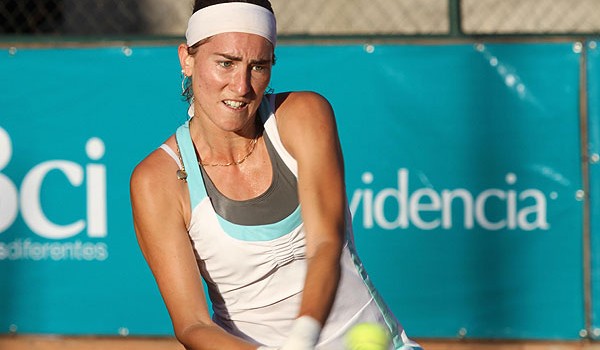 In-form Andrea Koch is one match away from the ITF Santa Cruz final after brushing aside compatriot Ivania Martinich in the quarter-finals.
Second seed Koch (354) was a big favourite against Martinish (727) and made it count by winning 6-3, 6-0.
The victory continued Koch´s perfect run in the US $10,000 tournament. The 29-year-old had also won her previous two matches in straight sets – 6-2, 6-2 against Portugal´s Mafalda Fernandes in the first round and 7-5, 7-6 against the USA´s Madison Bourguignon in round two.
The Chilean number two will face Argentina´s Sofia Luini (504), the third seed, in the semi-finals later today.