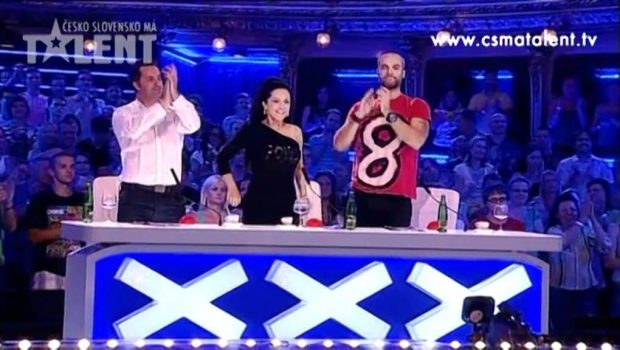 Australia’s Got Talent. They may have been watching the Czech version, with Honza Weber and Vasek Klouda, two of the greatest Footbag players of all time, and want to do something similar.

That video just recently had over 100 000 views on Youtube, which is really a huge amount for Footbag. A great routine song too (see Phil Morrison, Australian Championships 2009).

I honestly don’t think anyone in Australia is at the right level at the moment, maybe Dan Ednie, who appeared on the first series of the show. You may remember this infamous green suit in the semi finals

The question I have is, is it really good for Footbag? I think yes, any of these TV shows, they have huge viewing numbers, and especially kids are very interested in it. The problem is that Footbags, good ones anyway, are quite inaccessible to the general public. It’s an easy sport that doesn’t need too much equipment. However, all this equipment is not available at your local sports store. That is the real trouble.

Anyhow, it’s just a missed opportunity for me. I am actually still yet to make my television debut in relation to Footbag. Maybe the Chilean television world will have me…