Portal Lyon- Home of the underground

Today on the way home from my internship I went and paid a visit to Portal Lyon in Providencia. I

Last night we found ourselves at the launch of an exhibition. It was called “Weaving The Americas” by an artist

I have been up to the top of Cerro San Cristóbal a couple of times. Having an enormous statue of

Into December- Time To Get Real

So here we are now, December has begun. All the family are making their way back after coming over for

And so we arrived, eventually at “The Farm”. Dad spent a lot of his youth heading up to the family

Since coming back from our little trip, which of course was only a couple of days ago- I have notice

The next day we went down for a surf check to kick off the day. There was no need to 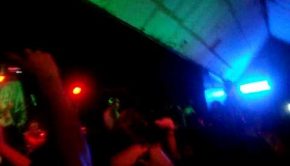